SWING: THE LAST TRANSNATIONAL MEETING OF THE PROJECT BEFORE THE MULTIPLIER EVENT 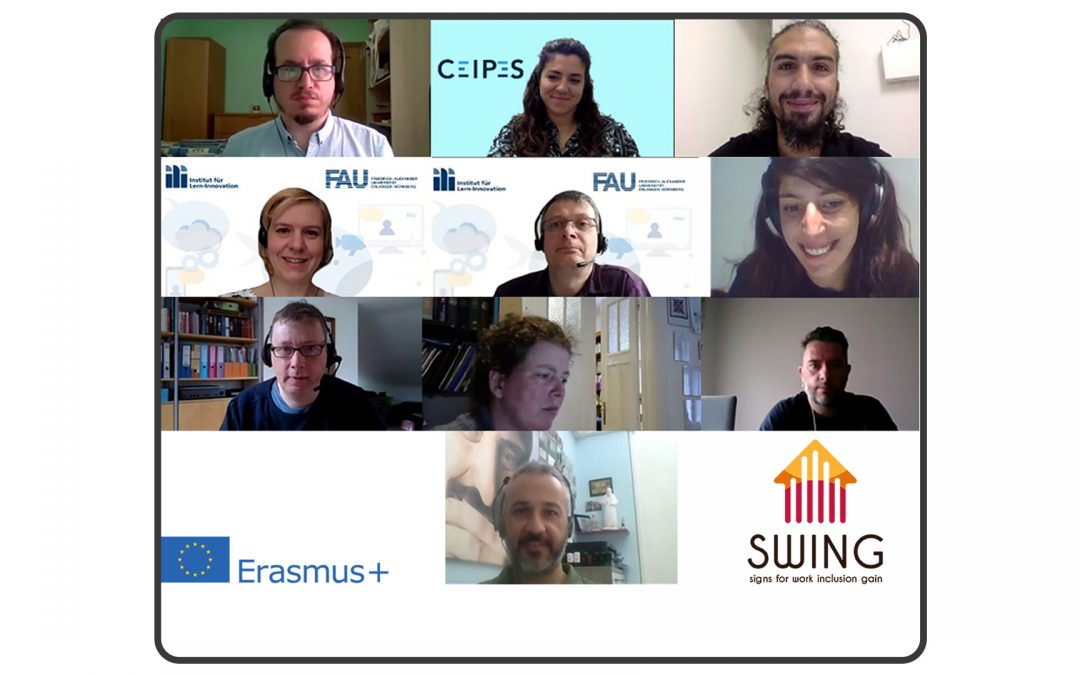 The 5th and last Transnational Meeting of the SWING – Signs for Work Inclusion Gain (Project number: 2017-1-IT01-KA202-006157) project, took place on 16 and 17 June 2020. Due to the Covid-19 health emergency, the meeting, which was planned to take place in Palermo on April 2020, was realized to the Zoom online platform, which despite the difficulties of the historical period we are experiencing, allowed the partnership to meet one last time and to be able to discuss the last steps of this interesting and ambitious project.

The partnership, composed by Federsid – Italian Social Federation for Disabilities (Italy), CEIPES – International Center for the Promotion of Education and Development, CETEM (Spain), FAU (University of Nuremberg, Germany) and Munka-KörAlapítvány (Hungary ) during the two days, the meeting focused particularly on the last updates of the project.

The aim of this meeting was to analyze the last aspects related to the conclusion and presentation of the final results that we remember, consist of a vocabulary of the Italian, Spanish, German and Hungarian sign language in 3 different working areas (furniture, kitchen and tourism).
The computer platform and the mobile app are now ready. The partnership awaits further indications for uploading the app to the App Store for iOS and Android.

A further update concerns the final stages of the project which, due to the emergency, had to face a slowdown in the organization of the final dissemination event. For this reason, the National Agency gave us the permission to extend the project for two months allowing us to organize the italian, spanish and hungarian Multiplier Events, which will take place in June, online.

The Multiplier Event in Germany had shortly already taken place in March before the lockdown.

So by now we’re getting close to the end of the project and despite this, SWING has still a lot to offer for the future.
The success of this project was determined not only by the strength and cooperation of the partnership, but above all by the availability of many local stakeholders who allowed the experimentation and which represent the kind of target that will be able to take advantage of this unusual vocabulary that can be really useful in the job field. 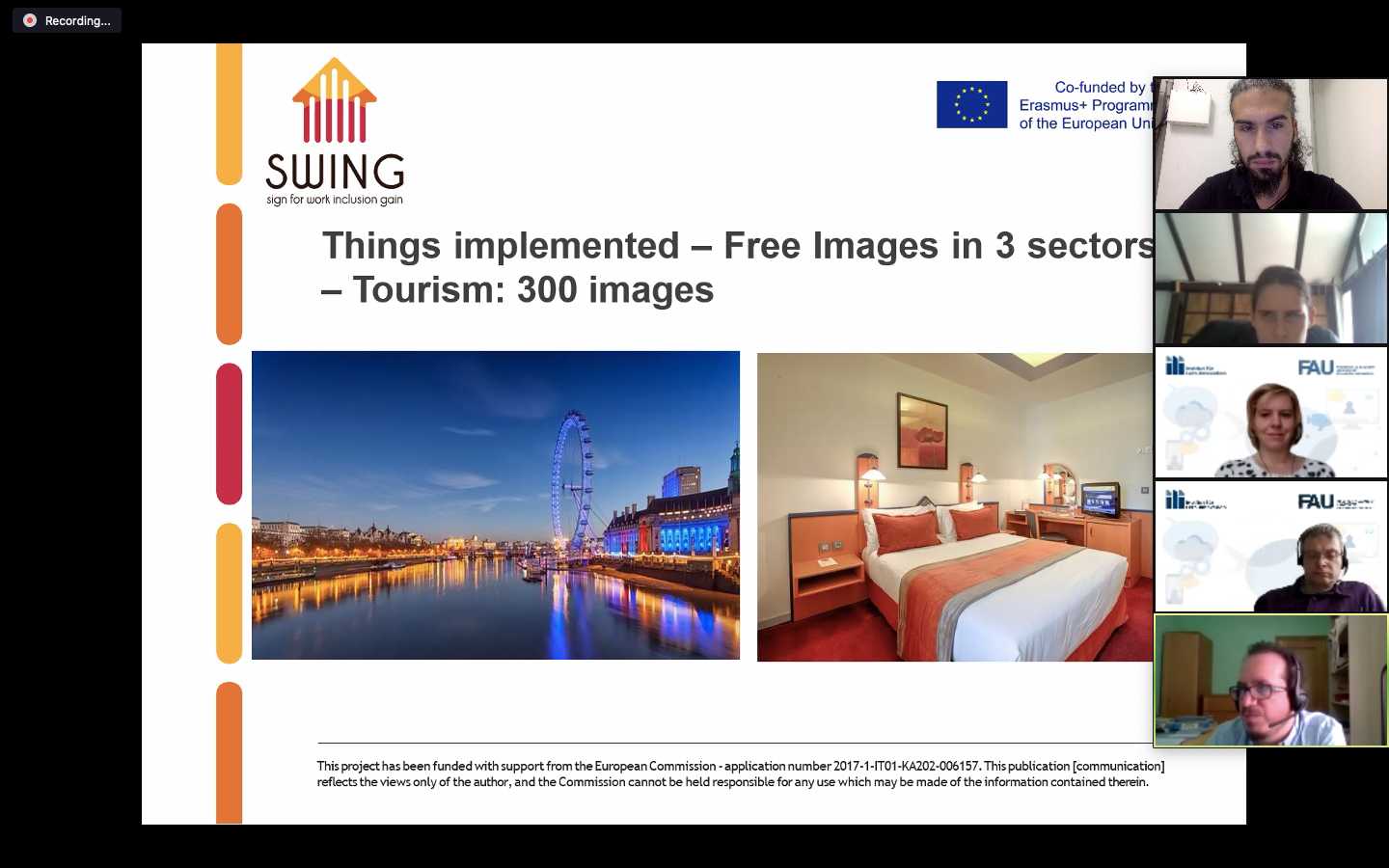 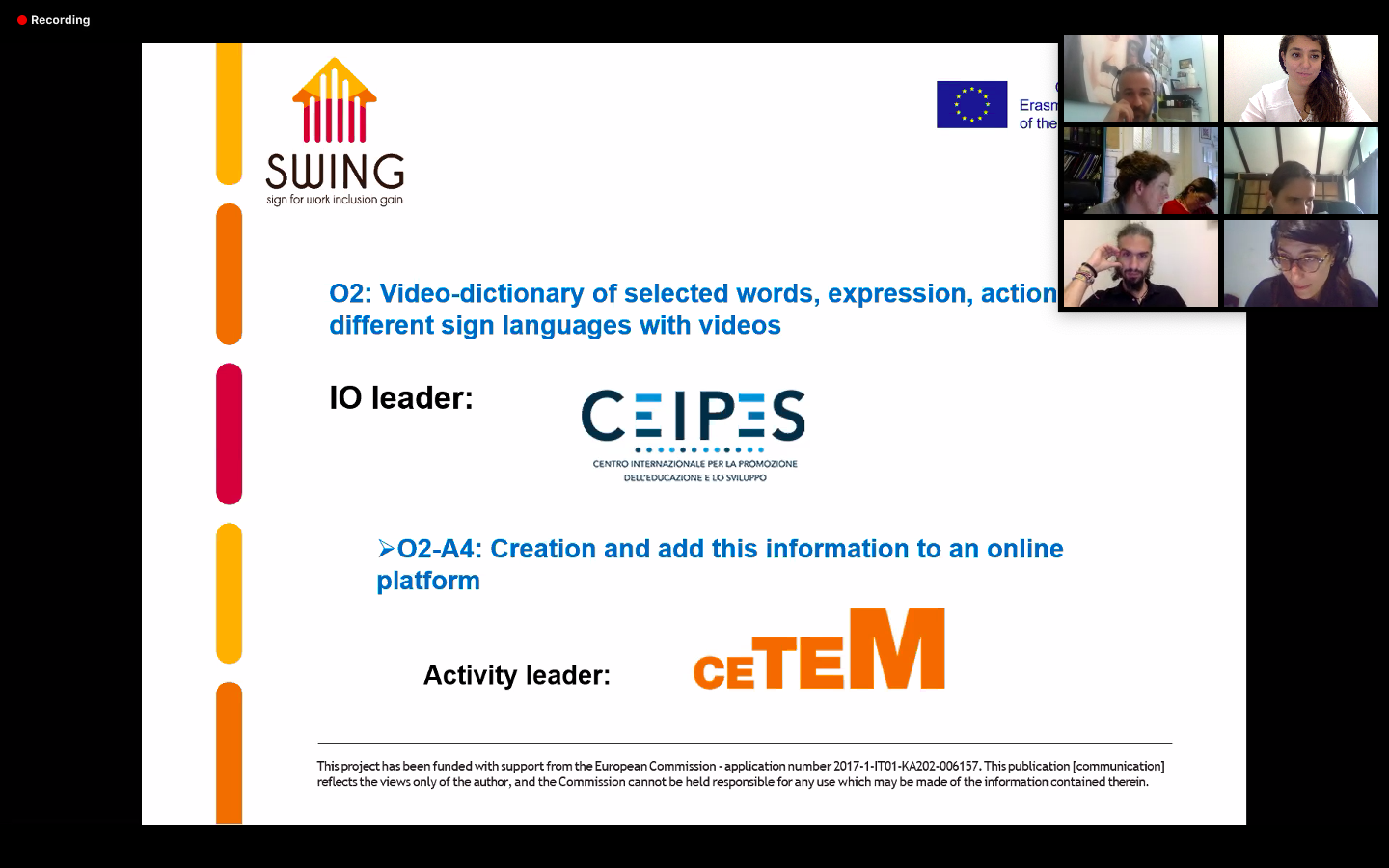