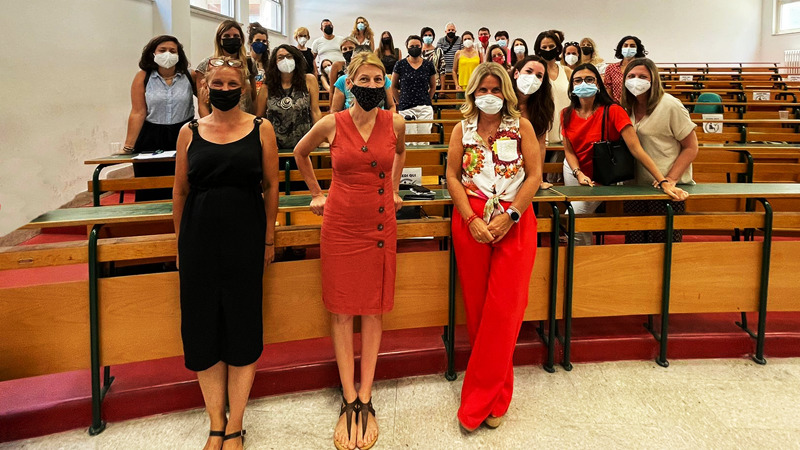 Project Name and Type: Our Way of SEL- HUGBIT

Thanks to the collaboration between the organization Okide and CEIPES, the project Our Way of SEL- HUGBIT was born, whose second mobility activity was held in Palermo from 20 to 22 July 2021 in which 12 Hungarian and 10 Italian professionals working in the field of youth work, education and training participated.

This project was created with the aim of conveying to the participants knowledge, techniques and methods aimed at improving their skills in the field of Social and Emotional Learning (SEL).

Actually, it has been showed that SEL is an excellent tool that, if transmitted to young people, can prevent bad behavior, increase self-esteem, communication, socialization and the ability to cope with stress.

The three days of SEL training were very intense and there was the chance to introduce the group to part of Palermo’s diverse social fabric.

Some of the sessions were hosted by Quarto Tempo, a coworking space in the heart of Palermo’s historic center, which shared with the group its own way of using holistic disciplines and traditional tools, such as the Sicilian Puppets, to raise awareness about legality.

Caterina Forte of “Forte Feldenkrais“ with a more experiential training allowed each participant to learn and put into practice the techniques of SEL through movement.

Exploring a different culture also means discovering its essence, dealing with topical issues such as immigration and hospitality.

The second part of the training took place entirely in the Albergheria district, beginning with the slow discovery of the Ballarò market, and then continuing at the Oratorio Santa Chiara, a reference point for many young people in the neighborhood, where Don Enzo carries out projects of social inclusion.

The second day ended in the best possible way, discussing different teaching approaches among the various members of the group, at the Bistrò Al Fresco, a reality that, thanks to a confectionery workshop inside the juvenile prison of Palermo, teaches a trade to young inmates, to allow them to be able to reintegrate into society, once they have served their sentence.

On the third day, the University of Palermo welcomed us with a lecture on Emotional Intelligence held by Professor D’Amico, psychologist and researcher at the Department of Psychological, Pedagogical and Educational Sciences of the University of Palermo, an expert in school learning and learning disorders, emotional intelligence and educational technologies, founder of the Centro Studi Internazionale Metaintelligenze.

As the professor says: “Different cultures have different ways of communication, but the emotions triggered can be the same. Concerning the topic of inclusion, the mistake that is often made is to try to eliminate fear, trying to level out differences. The point to work on, instead, is to include diversity”.

The training concluded with a meeting on emotional intelligence facilitated by psychologist Ezio Recano, a workshop in which, through role playing, participants had the chance to identify themselves in the shoes of those who usually learn and share techniques for stress management and empathy.

Social and emotional learning is increasingly at the center of the debate. There is a growing awareness that the emotional aspect is as important as the cognitive one in learning.

Learning to manage one’s emotions, not only in terms of self-control, but also in terms of self-awareness, the ability to set goals and relate to others, are skills whose development should be supported in all educational contexts, formal and non-formal. 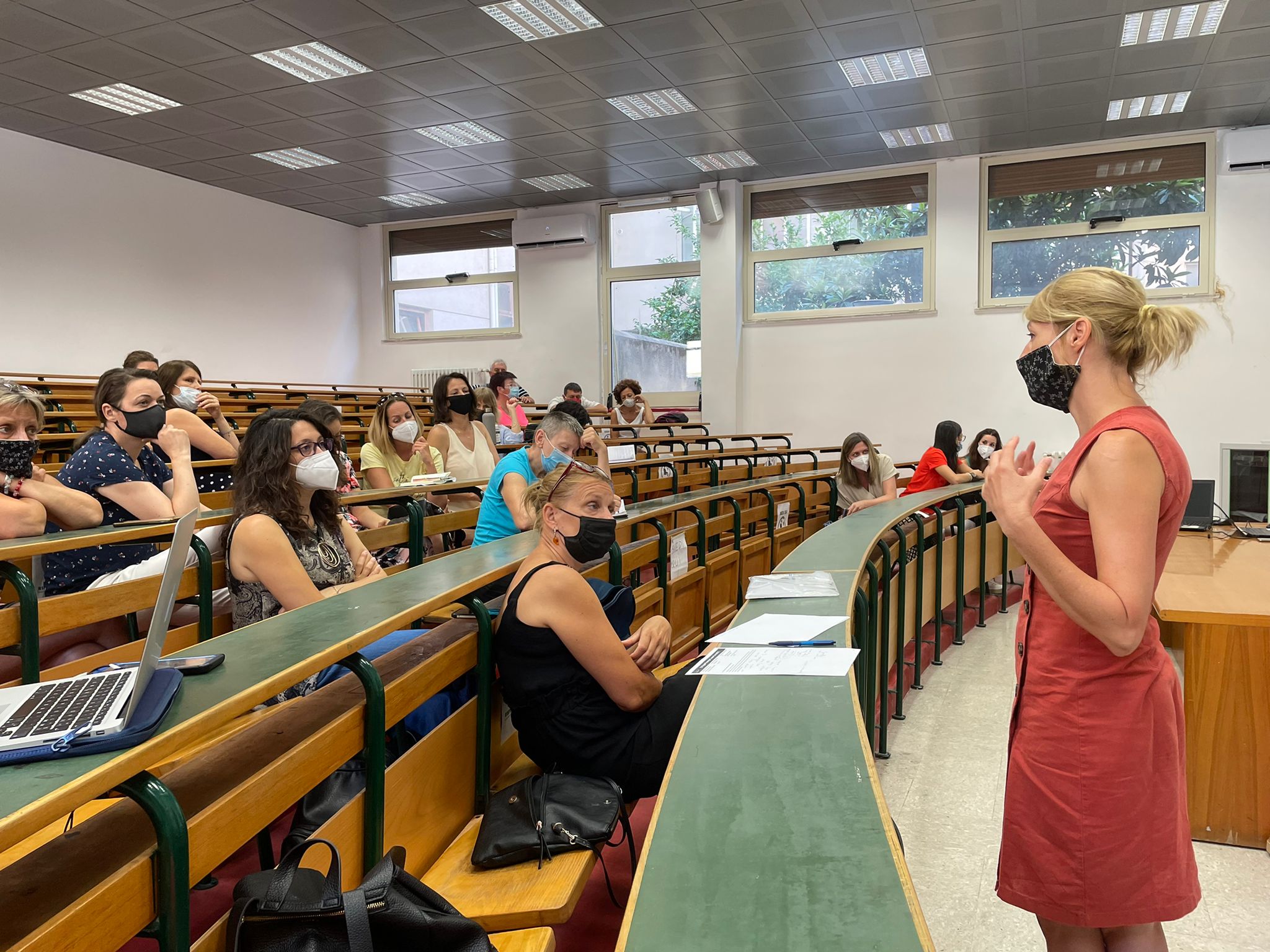 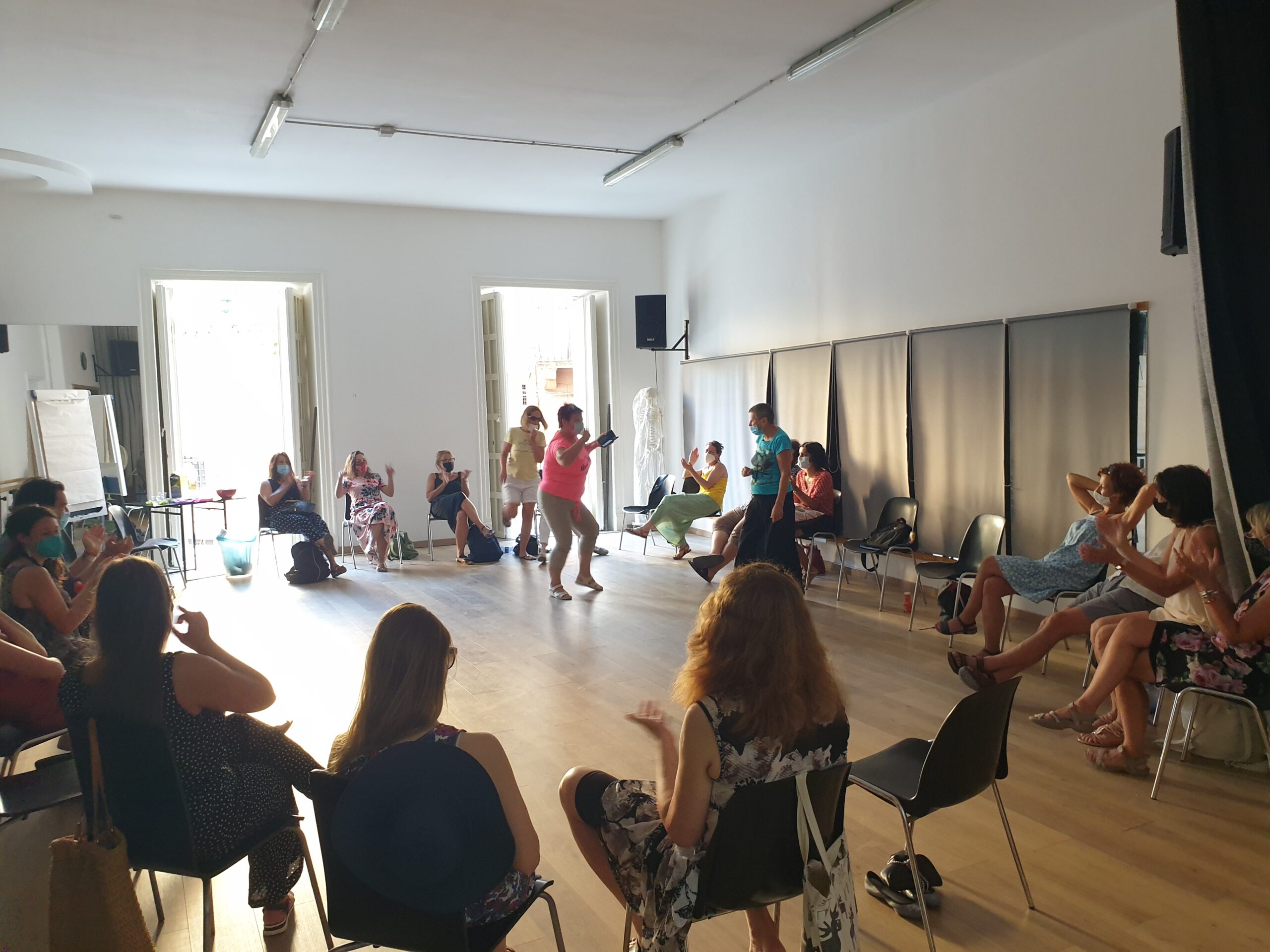