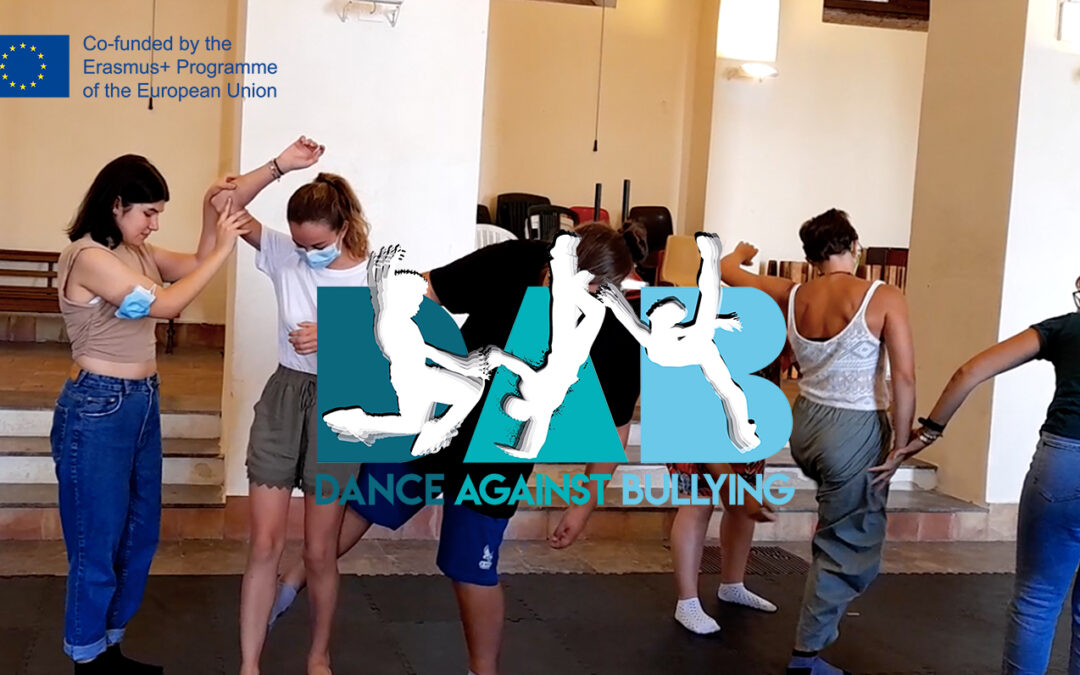 CEIPES’ implementation of the workshops for the project DAB – “Dance Against Bullying” (2019-1-FR02-KA205-015856) was carried out in Palermo between June and September 2021. DAB is a project that aims to combat bullying among youth by developing an innovative methodology focussing on dance and body expression. This summer, each of the five partner organisations have been carrying out the workshops for the project in their five respective countries: Bulgaria, France, Greece, Italy, and Romania.

In June and July, CEIPES held workshops every Wednesday for 5 weeks with the young people attending the summer camp at the Santa Chiara summer camp in the historical centre of Palermo. Fifteen young people participated, and they went on a personal and group journey during the workshops, and this involved taking part in exercises dealing with, for example, emotions, empathy, trust, and of course, the topic of bullying. These workshops had many challenges, but they were ultimately very rewarding, and some participants shared feelings of having been brought closer to the rest of the group, developing trust and empathy for the others, and having been able to open up more to others, including their family.

Following this, in September, CEIPES held workshops with twelve youth workers and educators who work at Santa Chiara. The objective of these workshops was to train these youth workers in the DAB method, so that they can implement the exercises with the young people they work with in the future. Again, these workshops had some challenges, but the youth workers appreciated greatly the training in the dance method, and saw its value in developing important interpersonal connections and skills, and in dealing with issues like bullying.

The partners will now proceed to the next stages of the project: using video footage from the workshops to develop instructional videos of how to implement the method with young people, which can be used alongside the project’s manual; and the development of a White Paper which will address the issue of bullying and argue for the usefulness of dance as a method to combat it.

Another important stage of the project has already started! A petition has been launched that asks for your support for dance as a method to be used with youth to fight bullying. Click the link below and sign the petition to show your support!