Funded by the Solidarity Program of the European Solidarity Corps, the project was ideated within the Palermo context with the aim of turning our gaze towards the preservation of the environment, the redevelopment of districts to which the public administration pays less attention, and the sustainability using the tools of artistic expression.

ARTAMBIENTE has the objectives of promoting environmental awareness, the improvement of personal skills and increasingly welcoming communities.

The group of volunteers involved in the project, despite all the difficulties due to the pandemic, worked to complete the planned activities, thanks to which important partnerships with local realities began.

There were also days dedicated to cleaning the streets of the neighborhood, a periodic reporting of the situation relating to urban decorum, in the Uditore district and a weekly thematic rubrica.

The “Discovering the Treasure” activity made it possible to carry out various workshops with a class from the primary school of the Rita Levi Montalcini Institute, placed in Borgonuovo district.

The four meetings were all themed Environment and Art, and were designed using non-formal education techniques, in which team spirit could not be missing: discover various types of seeds, watch them sprout, observe the water become dirty by putting various types of materials in it, making a shared piece of art by cutting out figures from newspapers, and solving quizzes to reach the treasure.

In addition, with the support of Libreria Europa, an important reality within the Uditore district, three sessions were organized in which the students of 3B of the Rita Levi Montalcini Middle School were involved. Impro Lab was created with the aim of using creative writing and theatrical representation as a means of creative, personal and artistic development.

Finally, the creation of a rubrica and a thematic film club made it possible to keep the project alive during the closure imposed by the pandemic situation.

Let’s hope this is just the first of a series of projects aimed at the local community in our neighborhood! 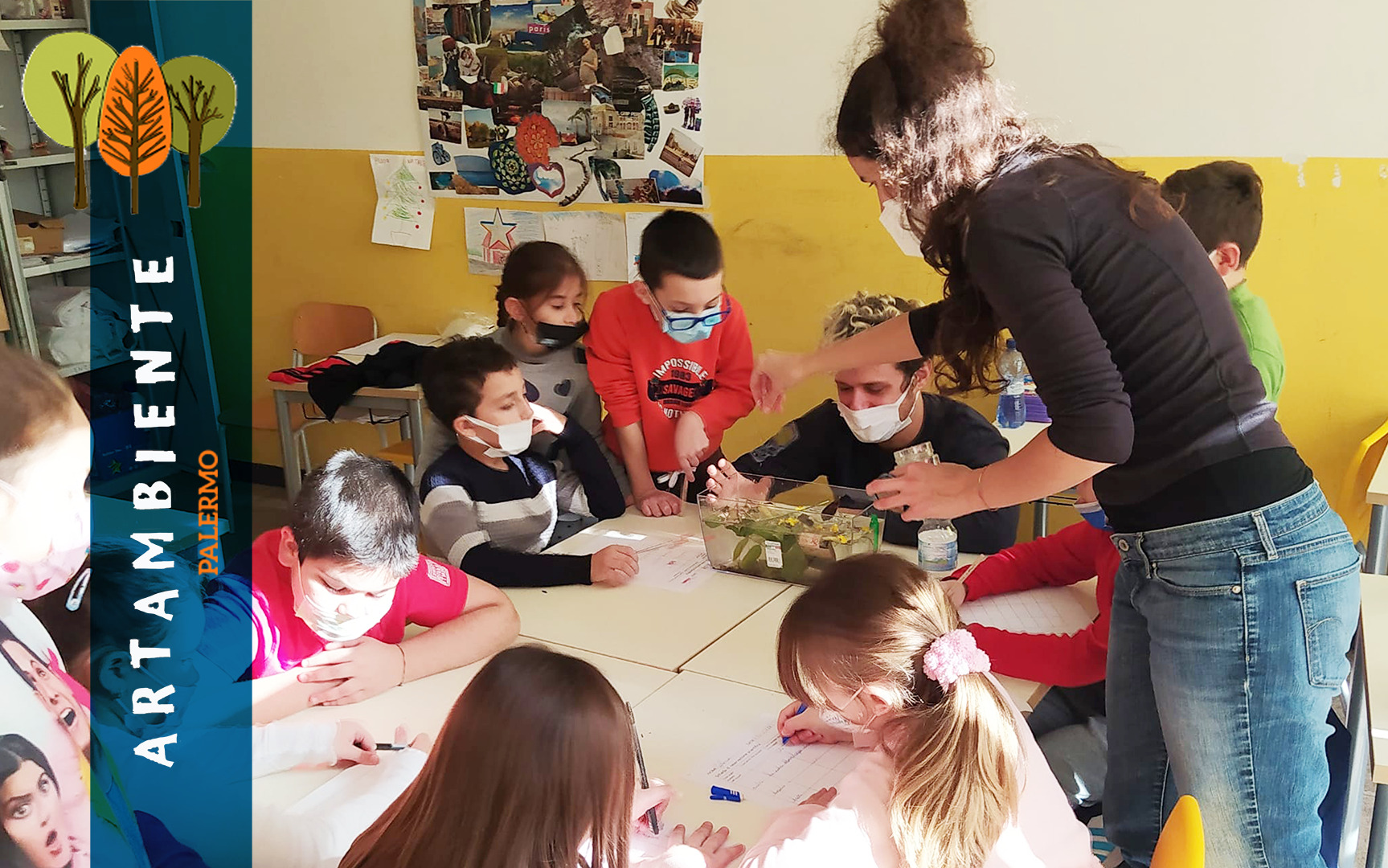