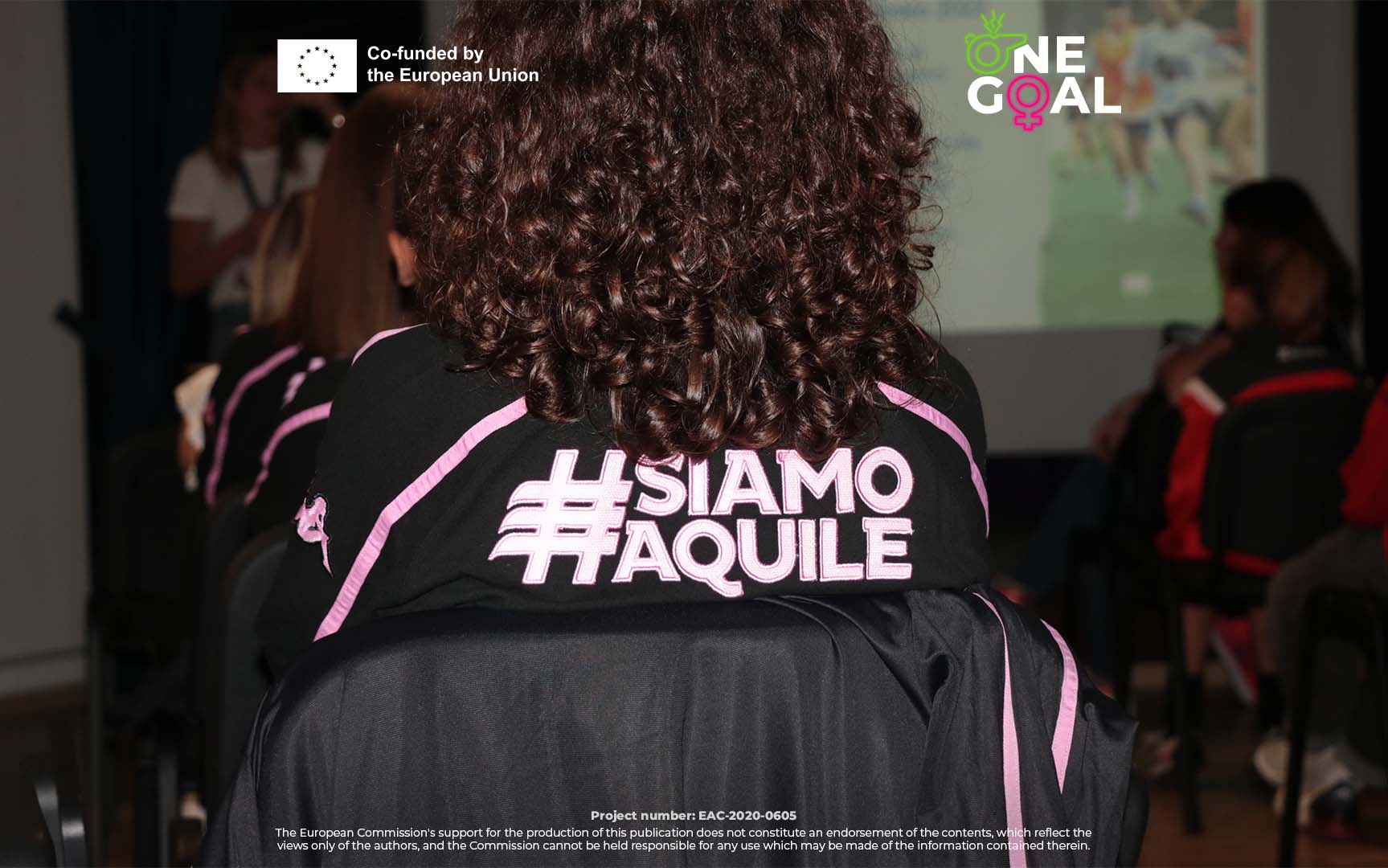 The second Italian Local Training Course (LTC), organised by CEIPES as part of the ONE GOAL project, was held in Palermo on October 28th.

One Goal project’s main aims is to provide women coaches with knowledge and tools useful in their career development.

Specifically, the goal of each LTC is to train women coaches and football players from the five-country involved in the project – Italy – Uruguay, Hungary, Lithuania, and Bulgaria – by transmitting them the knowledge and technical and soft skills, acquired during the previous women football campaign (WFC).

CEIPES organised the second Italian Local Training Course involving female coaches, staff and players from two important realities of women’s football in Palermo: the youth sector of the Palermo Calcio and the CUS Palermo.

During the event, the ONE GOAL project with its objectives, main actions and expected results was presented. Subsequently, the youth sector players of Palermo Calcio talked about their personal experiences and previous activities with ONE GOAL project. Rosario Argento, responsible of the Palermo Calcio women’s youth sector, shared with the participants how opportunities like this can be a source of personal and professional enrichment for both the coaches and the players.

Furthermore, the Italian coaches that participated in the WFCs of Montevideo, Budapest, Palermo and Sofia shared with the audience – made by parents, families, sport staff and young female players – these four fantastic adventures that allowed them to acquire new skills and knowledge; establish a strong network among coaches from several countries and become role models for other coaches and young people. Indeed, events like this can ensure other female coaches will have the possibility to improve their competences, not only technical or tactical but also psychosocial, in training football.

The feedbacks from the participating coaches and players have been extremely positive and their willingness to organize other similar activities emerged. Thanks to this type of activities, CEIPES further strengthen its network with two important local sports realities and at the same time generate moments in which to share and transmit good practices.

The next appointment with ONE GOAL project is on 8 – 9 -10 October, when CEIPES will participate, with two Italian women football coaches, in the 5 WFC and final conference – both will be held in Kaunas (Lithuania) and hosted by the coordinator – Active Youth.