From Bonn to Palermo: possible integration 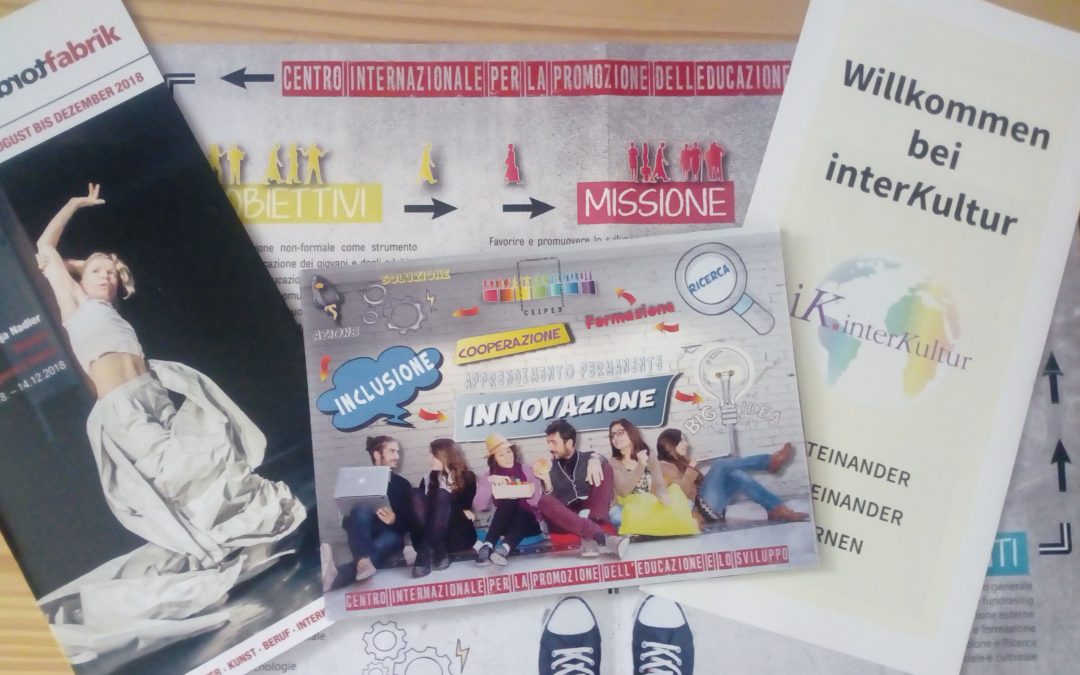 Which tools and methodologies can be put in place to support and facilitate the integration of migrants in Europe?
This is the main objective of the project “Raising Awareness and Empowering Educational Staff in the Field of Work with Refugees”, the mobility for staff that, from Germany, has involved several countries, including Italy.

From 23rd to 28th October CEIPES hosted a group from the “InterKultur” an organization based in Bonn, whose main activity is to provide language and cultural preparation courses for migrants and refugees, to foster their integration: founded in 2007, it carries out important activities, in particular for the integration of refugees, through paths focused on particular needs.

During its stay in Palermo, the group got to know better the socio-economic and political context of the migratory phenomenon in Italy: despite the current situation is characterized by critical aspects, the city of Palermo hosts realities that daily implement actions to counter the xenophobic wave, which is going through all of Europe.

The group from Bonn has known the reality of CEIPES and its activities in the field of intercultural dialogue and social inclusion – such as Together, I sport, All IN – in which young migrants are an active part of their integration, and thanks to which an informal network has been created that allows a continuous path with the participants themselves.
From the exchange of experiences, it also emerged how different is the contexts in which CEIPES and InterKultur operate – from a political and economic point of view at first.

During the mobility, the representatives of InterKultur had the opportunity to get in touch with other entities that, like CEIPES, operate in Palermo, for an inclusive society. There were important visits to ITASTRA Italian Language School for Foreigners – which, like InterKultur, works in the field of integration through the language tool – Porco Rosso and Oratorio Santa Chiara , realities that play a very important role in Palermo in the process of integration of young migrants and refugees and the group has welcomed with great positivity and admiration the results achieved so far in our city.
From the diversity of the contexts in which CEIPES and InterKultur operate it has been possible to learn each other methods and tools that can be innovated for their respective activities.

The experience has shown that, despite the current situation in Europe is being more characterized by critical aspects, the achievement of an inclusive society is possible, through the efforts and synergistic work between the different European realities.