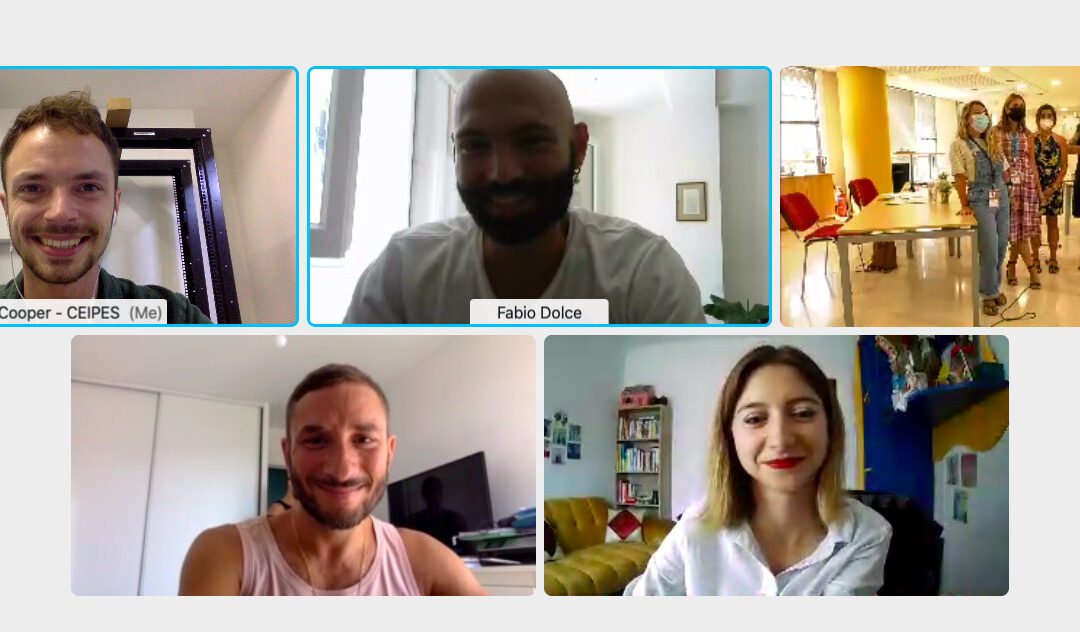 On the 26th and 27th of August 2021, the partners of the project “DAB” – Dance Against Bullying – met partially in presence and partially online for a Transnational Meeting hosted by the partner from Greece – The Smile of the Child.

The partners took the opportunity to both look back on recently finished activities, and to discuss and plan those to come. For those who had finished carrying out the workshops with youth workers and youth, they shared their experiences, discussing positives and challenges, and lessons learned. The workshops have been a challenging but rewarding experience for the partners so far. They have worked with difficult but interesting groups of young people, and it has been fascinating to see their journey through the DAB workshops.

Furthermore, the filming of the videos to be used for the video lessons and the video interviews was discussed. As well planning the development of these videos, which included a presentation of a draft video, other future steps were mapped out. Most importantly, the White Paper and the project petition were discussed, and plans were made for these activities. A petition against bullying and in favour of the use of dance as a non-formal method to combat it will be launched in the next months, which, along with the white paper, will be presented to the European parliament. Watch this space and sign the petition!