CEIPES in Porto between conferences and greetings! 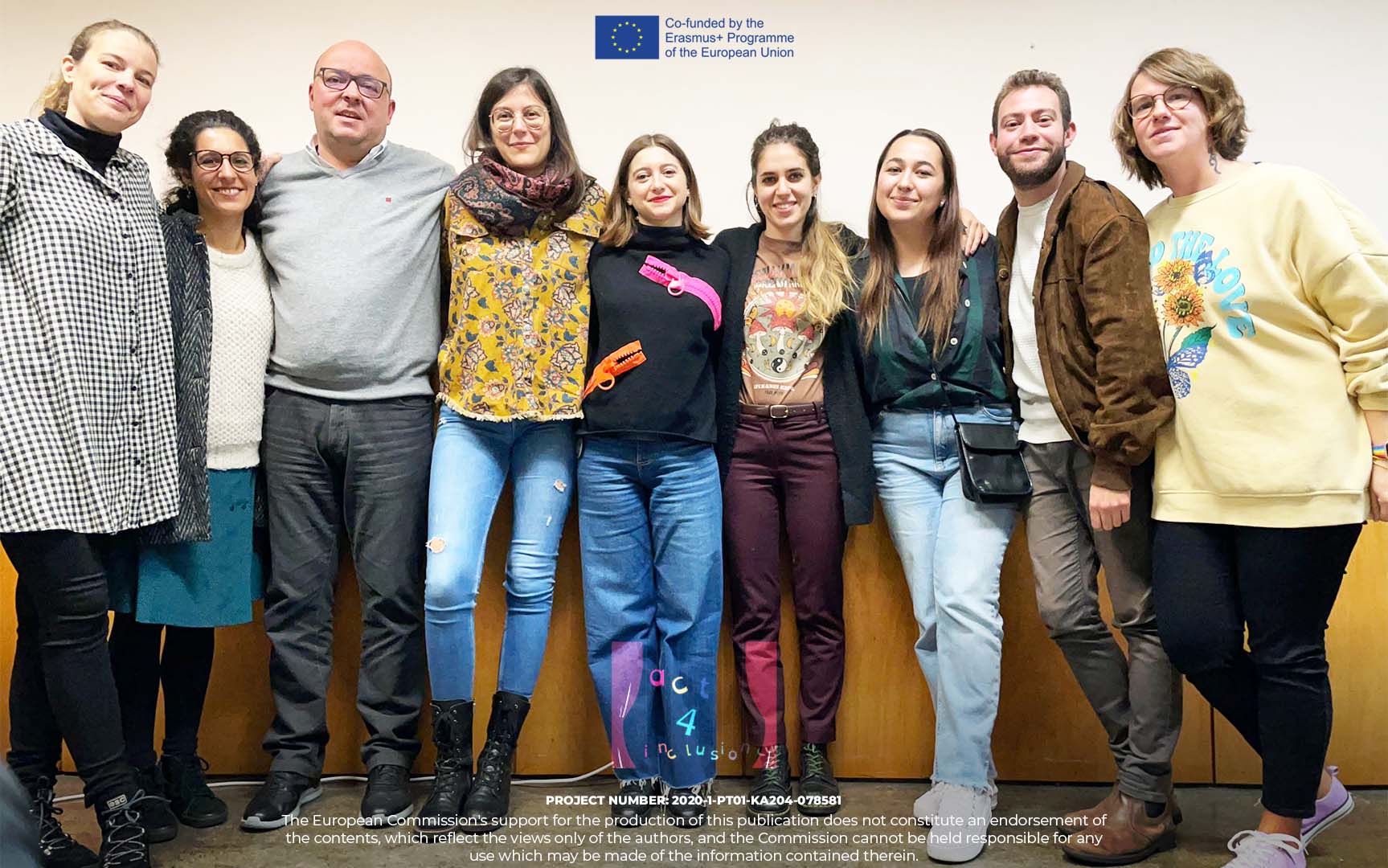 The conclusion is approaching! On 29th and 30th November 2022, CEIPES took part in two important events regarding the “Act4Inclusion – Life in Theatre” project: on 29th November, CEIPES team were invited to attend the project’s final international conference, which was attended by experts in the fields of art, culture and non-formal education (especially for adults). The conference was also attended by around 60 students from the Porto Higher Institute of Social Services, who participated actively and with great enthusiasm.

In the afternoon, two different workshops were held: the institute’s students had the opportunity to try out the toolkits specially made during the various phases of the project: the board game and the workshop activities.

The feedback was extremely positive and the students found it very inspiring to participate in such initiatives, especially in the context of their own studies.

Finally, on 30th November, the last project meeting was held: the consortium members, including the CEIPES team, had the opportunity to catch up on what had been achieved over the past months and the last tasks were assigned with a view to the project’s conclusion, which is scheduled for 14th December this year.

The partners said their fond farewells with a hint of nostalgia: after two years of commitment and hard work, it was very difficult to say goodbye to such valuable colleagues, with whom we personally hope to work again in the future.