“Youth Depopulation – what can be done?”, DE.CO.DE. meeting in Palermo 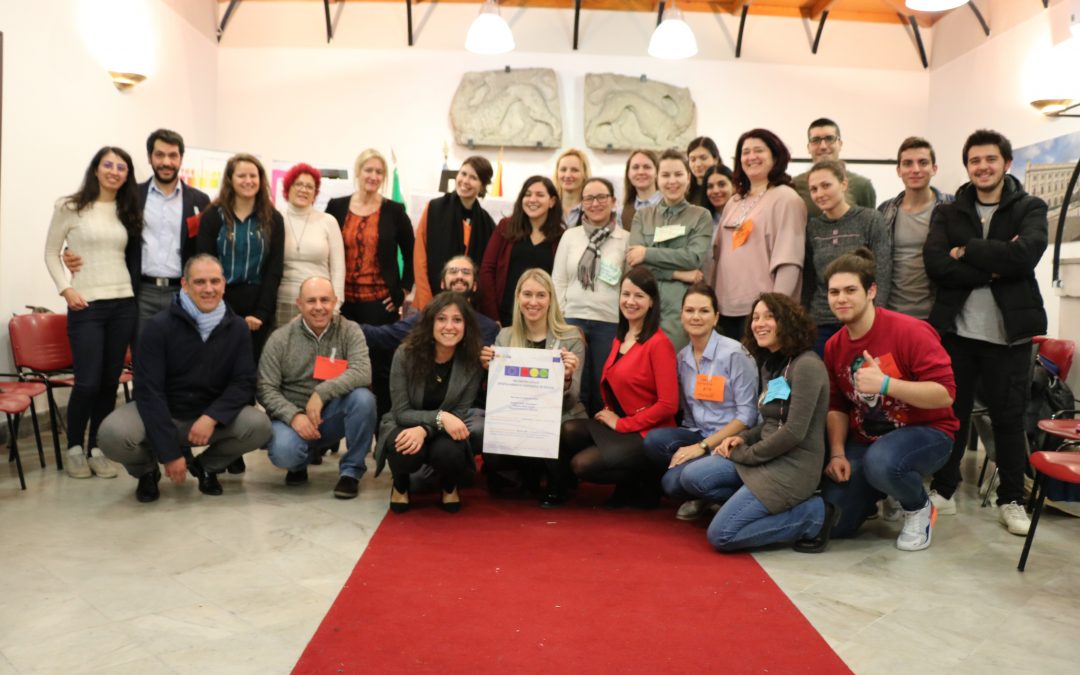 This year on February 11-13 CEIPES (Centro internazionale per la promozione dell’educazione e lo sviluppo) as a Partner of DeCoDe project hosted the meeting for local people from Italy and international partners and representatives from eight countries: Latvia, Lithuania, Germany, Romania, Denmark, Spain, England, Portugal. This was the third meeting of the project. The project is implemented within the framework of the 2nd strand “Democratic Engagement and Civic Participation” action 2.2 “Networks of Towns” of the European Union programme “Europe for Citizens”. The project aims to create an international, sustainable network of European cities to share their experiences on depopulation processes and their impacts, and to find solutions to reduce depopulation.

In Palermo, the project participants get acquainted with depopulation situation with a focus on youth depopulation. Partners from CEIPES had prepared fulfilled program with discussions and experience exchange between local experts and project partners and study-visits in the city. Morning session was devoted to the theme: „Facing depopulation in Sicily”  finding out the local activities and strategies for dealing with the depopulation of youngsters in Palermo and Sicily and meeting with Palermo municipality and other local municipalities and stakeholders. Within the meeting the experience was shared by Musa Kirkar – President of Ceipes, Giovanni Lo Cascio, representative of Palermo Municipality, Jolanta Uzulina – “Introduction of the Project DeCoDe by the coordinator”,  Marcello Catanzaro – Major of Isnello Village, Prof. Salvatore Ilardo – University of Trento, Roberto Domina – President of Madonie villages and towns administrators, Giuseppe Dino – researcher, Rosario Genchi –  President of “Project Manager Sicilia”, Natale Giordano – Euromed Regional Office Director.

The project partners had an opportunity to take part in “World Cafe” meeting and exchanging of good practices with other local organization and institutions working on this field, which is popular working method in Sicily. First Step: Evaluating the needs and the causes of depopulation, focusing on problems related with 3 aspects: Education, Work, Local Community Involvement. Second Step: Sharing the good practices, the ideas and the opinions about how to develop good strategy for facing the depopulation process in each of those fields. Third Step: Plenary Discussion. After this activity groups presented their best practices, ideas and initiatives on the solving depopulation issues.

There were several good experiences in Palermo, Sicily and Italy in general, from which other project partners can learn. As well international partners and international participants shared their best practices, which really work. The conclusion, which was made: there are several differences and similarities between the situation of depopulation within the project DeCoDe partner cities and countries. This means that partners can learn each from other and plan the transfer of good practice within project partners.

Project partners discussed on the upcoming activities of the project and scheduled the work plan.

Next project partner meeting is planned in Lodz, Poland in May 2019.