Sport Young AmbassadorS project: the end of a great work! 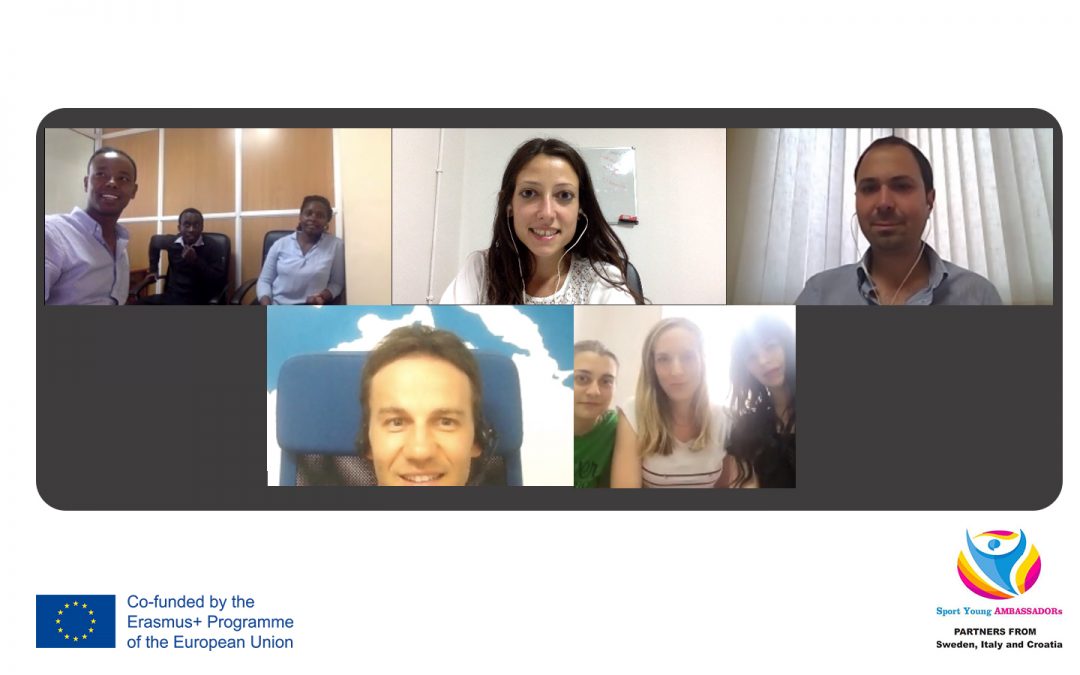 Yesterday, all the consortium’s Partners attended the final transnational meeting of the project SYA – Sport Young AmbassadorS, which, unfortunately because of Covid 19 emergency, was held online rather than in Stockholm, as had been planned.

SYA project had the objective to promote sport through volunteering and viceversa, thanks to the work of the Ambassadors, young who were trained to bring in Europe, in their countries, the good practice of sport as a vehicle of volunteering and important tool for quality of life, also in case of disabilities.
In fact, on September 2019, all Ambassadors from each Country of the consortium, attended to a training held in Rijeka – Croatia, where they experienced and learned several methods about how to implement sport activities and promote sport among people.

During last two years, partners from Sweden as Coordinator for EuDiaspora Council, from Italy with Scambi Europei in Bologna and CEIPES in Palermo, from Croatia in Rijeka with Rijeka Sports Associations for Persons with Disabilities, met in their Countries to discuss about the reached objectives of the project, step by step, to organize coordinated events and evaluate their impact.

As for CEIPES, several events have been organized, in which our Ambassadors had the possibility to practice their knowledges as sport volunteers, promoting the good practices learned.

SYA project, funded by the Erasmus+ Program, with number: 603256-EPP-1-2018-1-SE-SPO-SSCP, ends with the awareness of having created a team of sports ambassadors who will certainly continue to convey the message of the importance of sport, without stopping!