HOW TO MOVE YOUNG PEOPLE CLOSER TO THE EUROPEAN UNION: LET’S DISCOVER PADIGE! 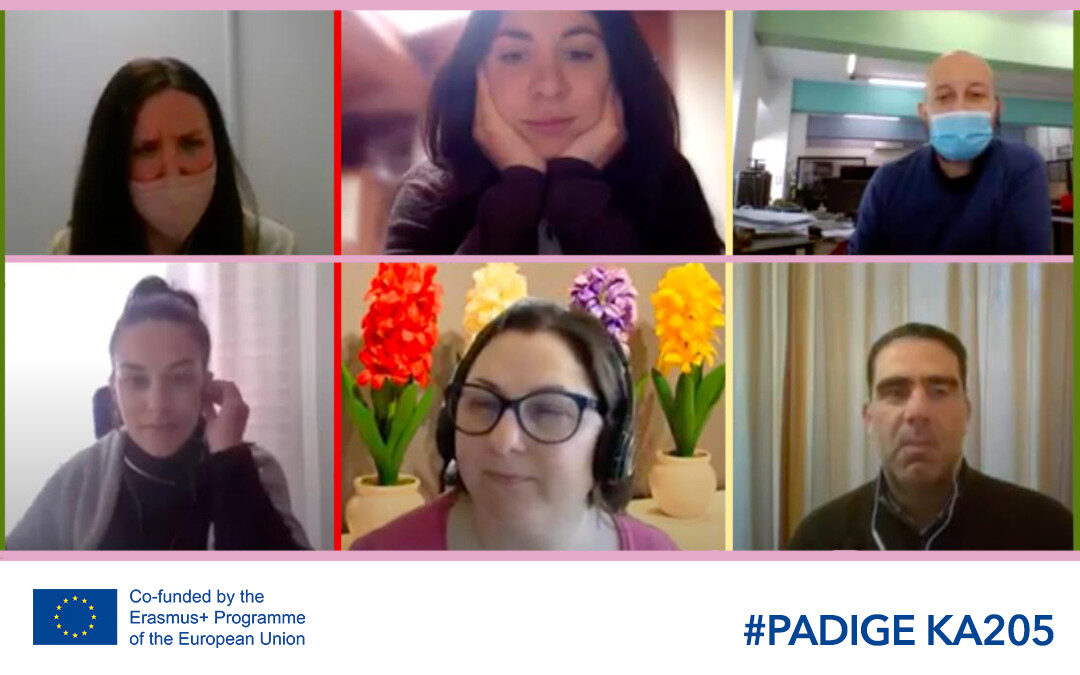 On the 15th of April 2021, the kick-off meeting (KOM) of the new project PADIGE – Participatory Design of Initiatives on Gender Equality took place online. Unfortunately, it was impossible to meet each other in presence, since the pandemic situation and world’s restrictions.

PADIGE – Participatory Design of Initiatives on Gender Equality – is financed by Erasmus+ programme and it is inspired by the desire to increase democratic legitimacy in order to make the EU more transparent and democratically accountable, with the aim of bringing citizens closer to it.

The KOM was excellently organised and managed by the coordinator of the project Cooperative D’initiative jeunes (CIJ, France) thanks to the cooperation of the 5 partners of the project coming from 4 different countries and with different backgrounds and expertise.

The first two goals of the European Youth Strategy 2019- 2027 is to connect the EU with youth and to bring equality to all genders. In perfect harmony with this, PADIGE wants to increase this legitimacy by promoting the possibilities and the initiatives that the European Union offers as well as the state of Gender Equality.

PADIGE project aims to promote both the European Citizens Initiative platform among young people as well as the state of Gender Equality. In order to raise awareness about this particular topic, the project partnership will develop a web platform and a Guide for Youth Workers with the aim of having participants co-create a Gender Equality themed law reforming proposal through a participatory design methodology.

The first step of the project is to move young people closer to the project, organising a focus group, in order to understand how, thanks to the use of the most famous social networks, raise their awareness about European Union citizenship and politics.

CEIPES is very glad to be part of this project that involves 6 stakeholders from 5 different countries – France, Greece, Italy, Latvia and Spain. As leader of the dissemination, CEIPES, will take care of the external promotion of the project.

Moreover, the Consortium demonstrates to be very active, open-minded and prepared. We are very excited to start this new adventure, hoping that sooner or later we can meet each other in person. For further information follow us on our social media account on Facebook, Twitter and Instagram