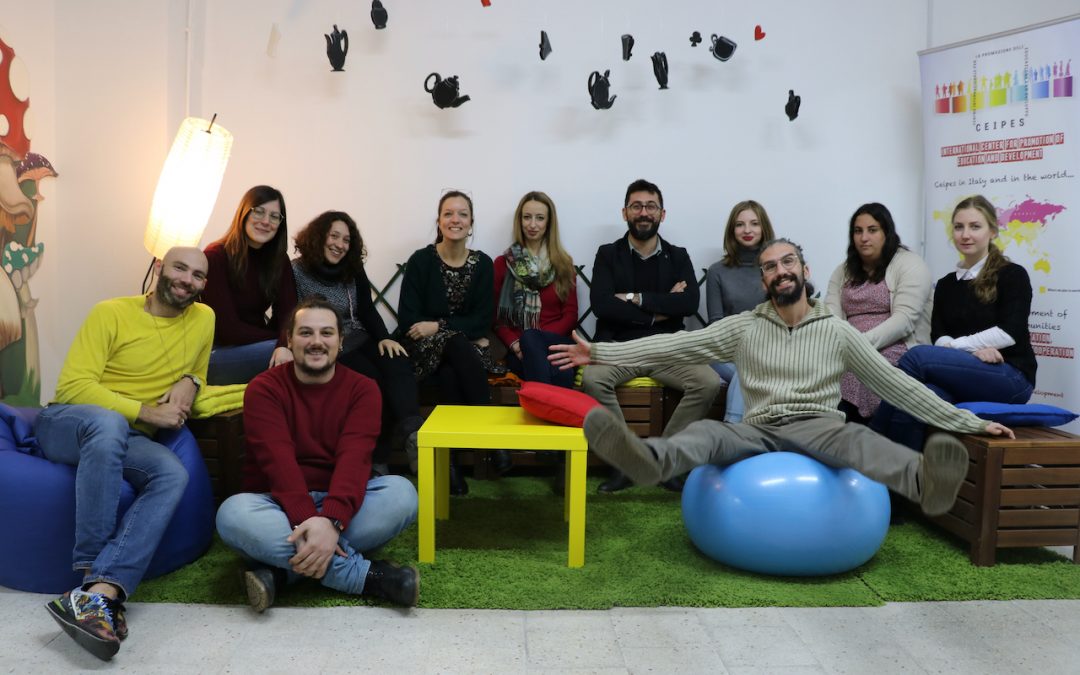 On 20th and 21st of January the second transnational meeting of Lifelong Dancing project was held in Palermo, at CEIPES headoffice.

The project has reached half of his life period and we are now in the middle of the pilot phase, which will last until April and is being experimenting by each partner in the different involved countries: Italy, Spain, Bulgaria, Romania, France. Each partner is focusing on different target groups: ASPAYM in Spain is working with mixed groups of people with disabilities, in Romania GAMMA Institute with people with psychological issues, in France Essevesse with LGBT target group and in Bulgaria EUNI with people belonging to risk groups, such as representatives of minorities and teenage-mothers.

In Italy CEIPES is testing them through a cycle of workshops called “L’io in movimento” with the participation of young and adult people over 18 years old, with a particular focus on people with migrant background.

Body expression, self-knowledge, confidence, communication, creativity and empowerment, from which different interaction approaches may lead, are the main themes of the workshops, which will use body movement and dance as the main tool.
The first phase ended positively in December with the participation of young people and adults, posts and photos can be viewed on the Facebook page of the “Lifelong Dancing” project.

The meeting in Palermo has represented the occasion to discuss and share how the pilot phase is going, what are the difficulties and the successes, how it is possible to improve the designed workshops based on the feedback of the participants, the trainers and the observers. This means that soon the Manual with the preliminary research and all the methodologies will be ready soon.

The partnership in the meanwhile is also starting to work on the e-learning platform course which will contains all the digital tools related to the realized products of the project. 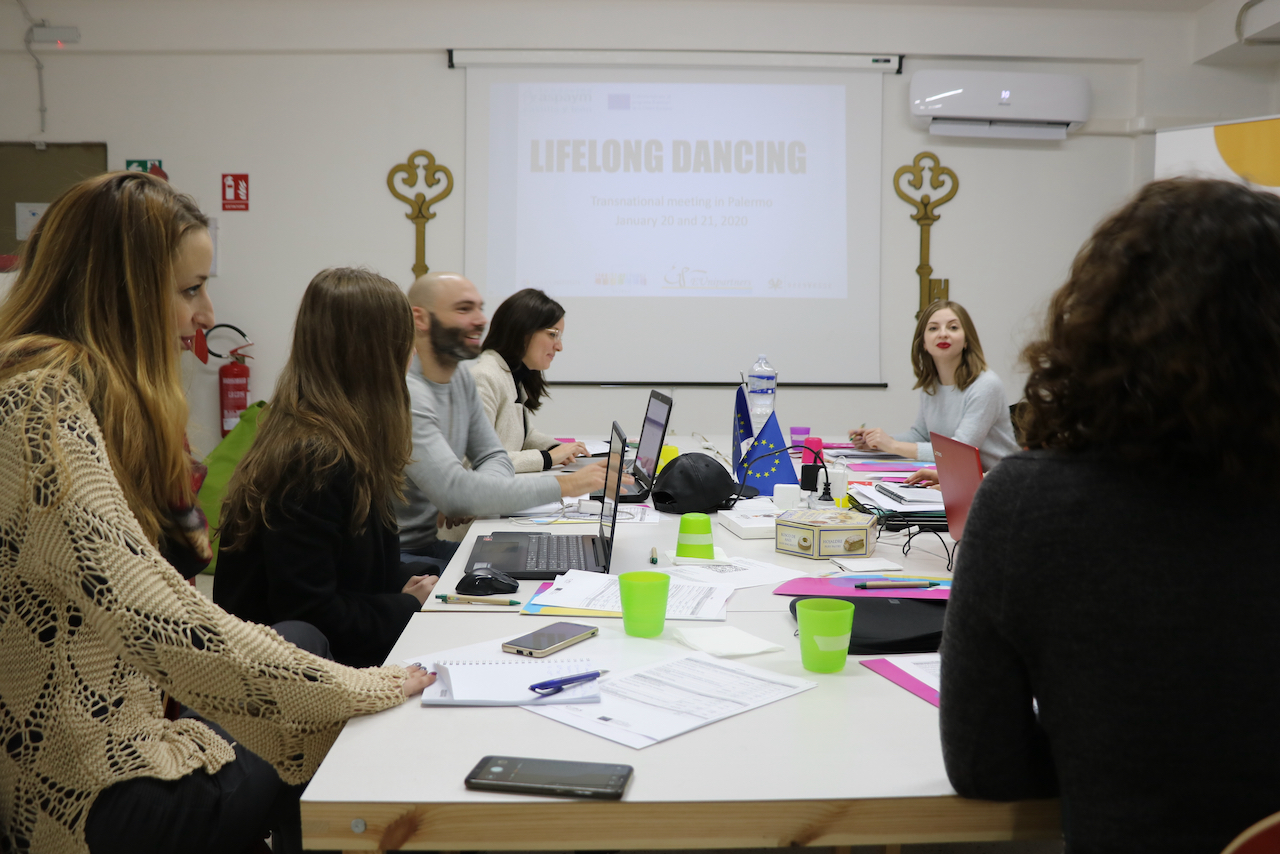 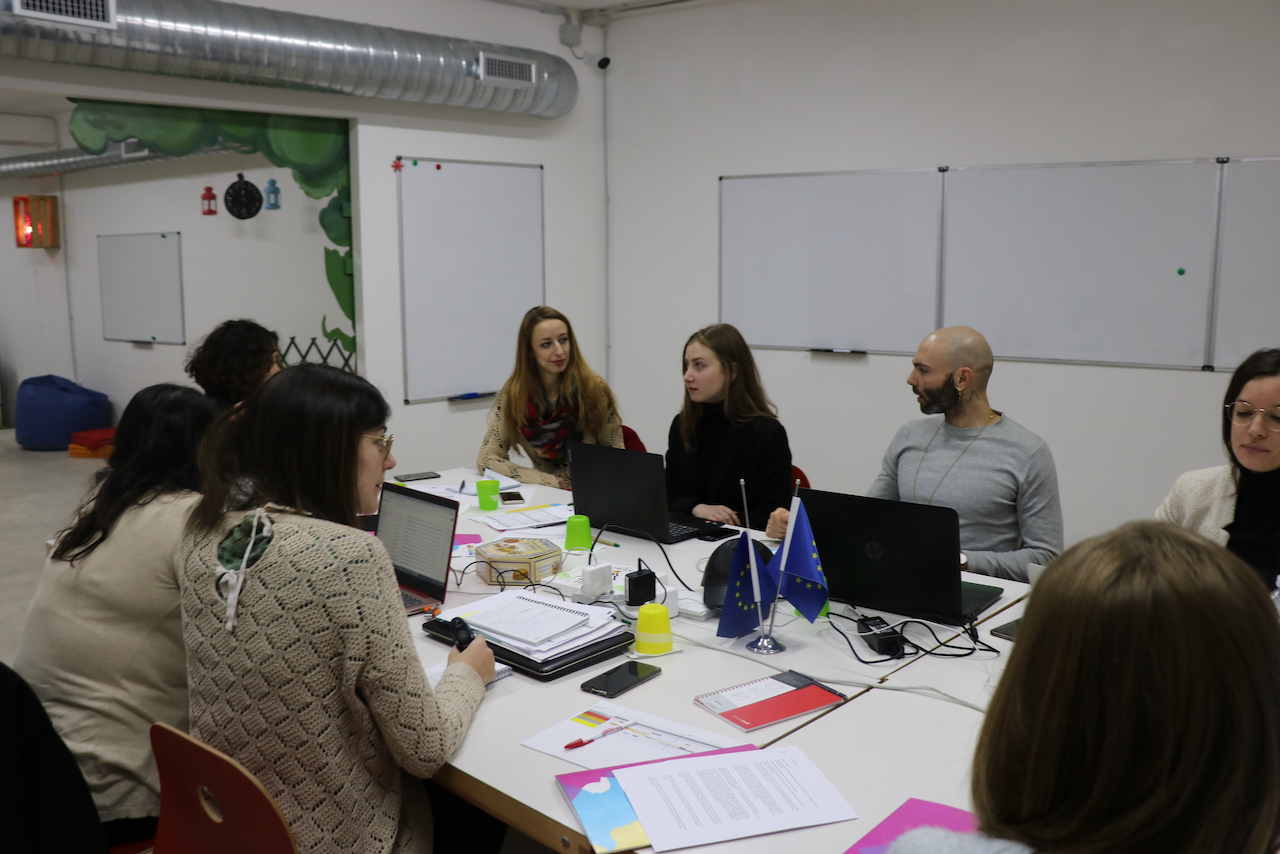