Holistic Approach: Fight against GBD with your body, mind and soul – A personal experience 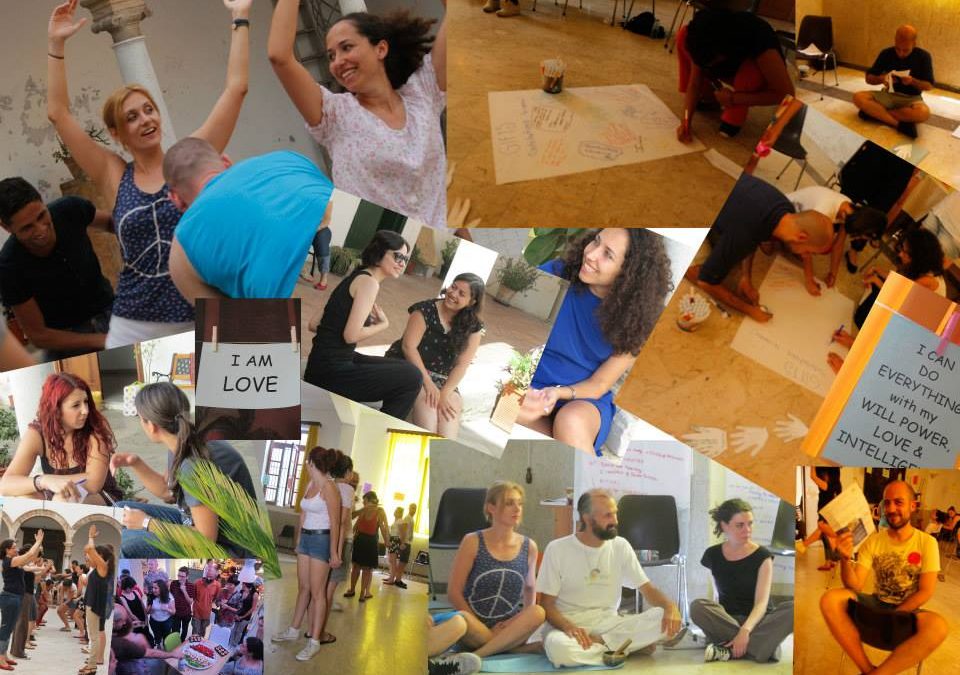 “I am love, I am solidarity, I am that I am” some of the sentences that sound in the training room. These words accompanied the participants of the training Holistic approach: learning to fight against GBD with our bodies, minds and souls. The organizer was CEIPES and all the activities were held from 1st to 8th July in Palermo, Italy.

The project has been financed COE/European Youth Foundation.

Sometimes men and women in society are treated in a different way, as they weren’t equal. Therefore it is very important to fight all forms of discrimination with the aim of contributing to community development and to social inclusion. The training contributed to increase the awareness of this problem. Participants in small groups exchanged their experience about discrimination in their country. Who is discriminated, why and where – thanks to this conversation turned out that in a lot of countries the types of gender based discrimination are quiet similar or even the same.

To fight more consciously against GBD participants get to know better their body, minds and souls. Alexandros from Greece, the expert in the holistic approach, showed to participants an exercise on how to meditate and calm down yourself thanks to the use of the voice singing Pacha Mama. During the session everybody learned that everything is connected, and even the small actions can affect all world. Thanks to this activity, people get to know how to encourage intercultural dialogue with the objective to promote understanding and respect between individuals from different cultures creating the awareness of the intercultural enrichment achieved through the sharing of values and traditions. Understanding that everything is connected helps to expand your horizon on how people can fight against GBD.

Theater of the oppressed

When you start to play you are not yourself anymore. Now you are the character that you are playing.

During these sessions participants worked in pairs and also in small groups to play in the theatre. Each group presented some kind of gender basic discrimination scene and what was most interesting is that the audience took part in the show as well. Everybody from the audience could say stop, and replace the actor who was playing the role of the oppressed. The new actors in the show brought new views on the situation and new reactions.

The method of non-formal education as a vital tool for the youth work was found by participants as a complementary to formal education. For example the activity Take a step forward is a non-formal method that allows you to put yourself in someone else’s shoes and get a better understanding of discrimination issues.

CEIPES is a non – profit organization active in the field of social and human development that works through education for a world of peace and equality in order to grant the fulfillment of the universal human right.