ENTERPRISE – The LTTA in Trondheim

In the 4th of March students from Italia, Portugal and Norway meet at Thora Storm vgs in Trondheim for a LTTA as part of the ENTERPRISE project in Erasmus+.

The students were welcomed to the school by the headmaster of Thora Storm, Mr Anders Buhaug. After the introduction the plan for the LTTA was presented by Thora Storms project manager in ENTERPRISE, Mr. Carl Ole Marken. The main for the LTTA was for the groups to develop their own business idea.

The task was given by professor Knut Langsjøen in form of a Turbo Youth Business. The students was given 2 hours to make an exhibition of their idea and present it with a pitch. During these hours they had 100 credits to buy material to make the exhibition. The idea behind this task is to test the cooperation and communication skills in a stressed situation. The Turbo Youth Enterprise is a method used by teachers at Thora Storm to test and train communication and creative skills. The task is given as a semi-competition where teachers is a jury when the presentation is held.

After lunch the students were given the task to a SWOT-analysis based on the business idea and the group. The method and importance of doing a SWOT was part of the learning path and therefore it was relevant that the students trained this skill on a business idea they had developed and did a SWOT of a group they were part of. The SWOTs were presented in front of the whole group as a PowerPoint.

Monday afternoon the Norwegian students had prepared a traditional dinner which is typical for the region that the city of Trondheim is a part of. The meal was served at the school were students from all the 3 countries participated.

Tuesday 8th all students met outdoors to do winter activities in Stokkanbakken, a local alpine facility. Students from Norway brought sledges and other winter activities to introduce to students from Italy and Portugal. This activity was planned both to show a typical Norwegian winter and to keep the fun and creativity alive among young entrepreneurs to be.  Students were served traditional Norwegian waffles and hot dogs. The day was an excellent example of how the relations between youngsters can be developed with unformal activities.  Connections were made through social media and shows how young people connect in a different way than adult may anticipate. 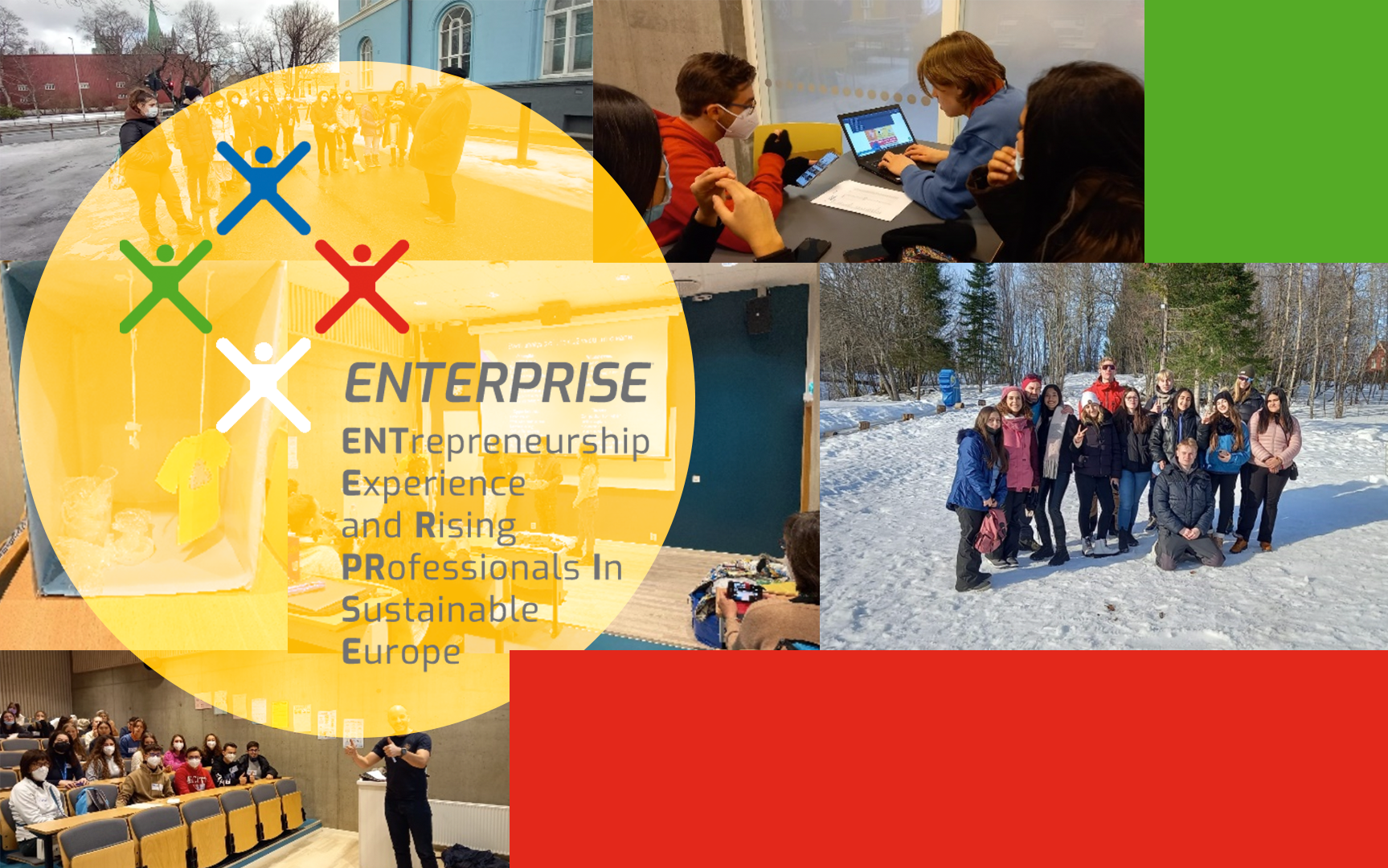