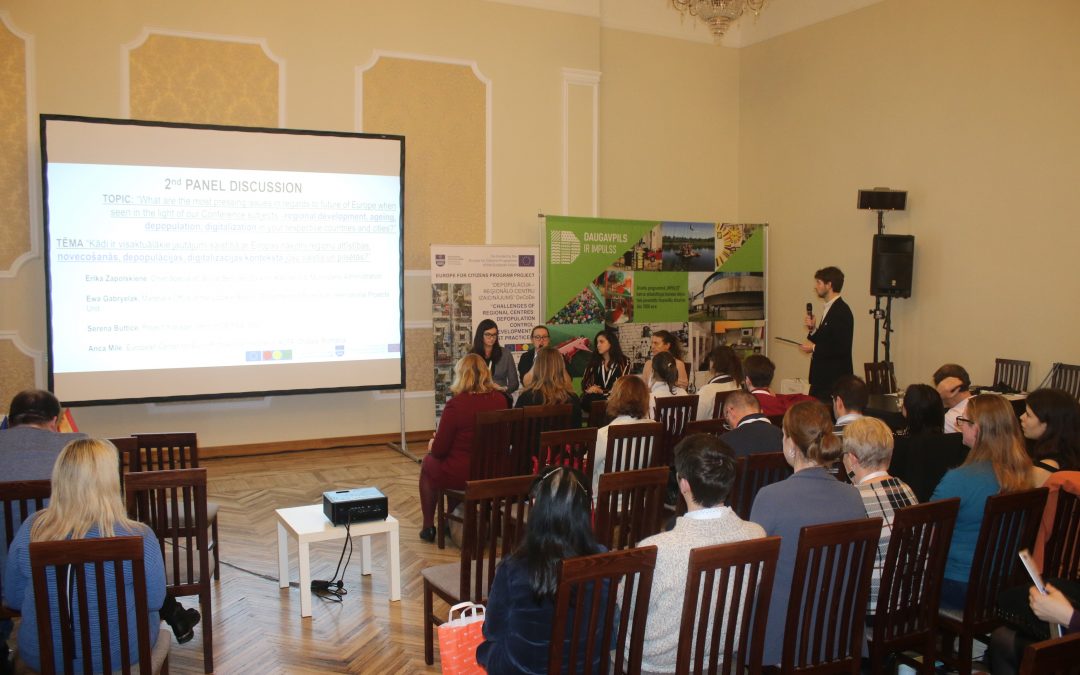 The last meeting of the “DeCoDe: Challenges of Regional Centers: Depopulation Control, Development” project was held in Daugavpils (Latvia) on 14th and 15th November, the project funded by the European Commission under the Europe for Citizens programme, which aims to create a network of large non-capital cities strongly marked by the phenomenon of depopulation, promoting the exchange of good practices, developing an action plan for controlling depopulation in order to increase citizens’ interest in mobility in European cities.

The meeting was an opportunity for the consortium to draw the conclusions of the questions posed in these two years regarding depopulation phenomenon.

The first day of the meeting was dedicated to the knowledge of good practices and interventions in the Daugavpils area in order to fight depopulation and also the final details were marked in the managerial aspect of the conclusion of the project. But the second day was the focal point of this final meeting.

In fact, a conference was held to share the conclusive data and the good practices presented by all the project partners

Very important was the time of the panel discussion, in which a representative for each partner answered to questions that opened an interesting and stimulating discussions on the depopulation phenomenon. As a result, there has been a precious opportunity for comparison between different European territories, who share the challenge against the same phenomenon.

We believe that collaboration between the project partners has made this work unique. The last months of elaboration will therefore be decisive for presenting the final results on a theme that increasingly affects the less centralized territories of Europe. 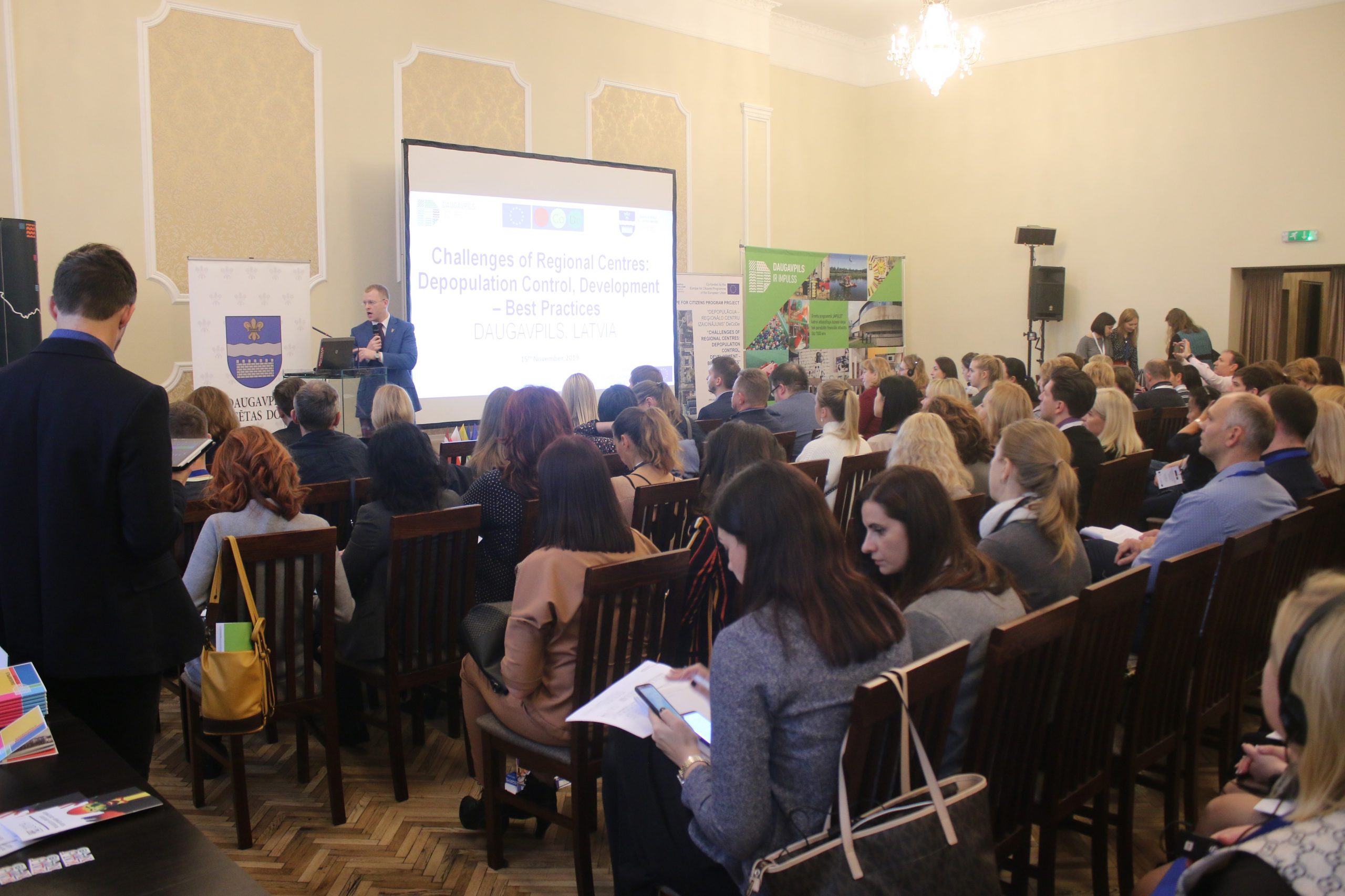 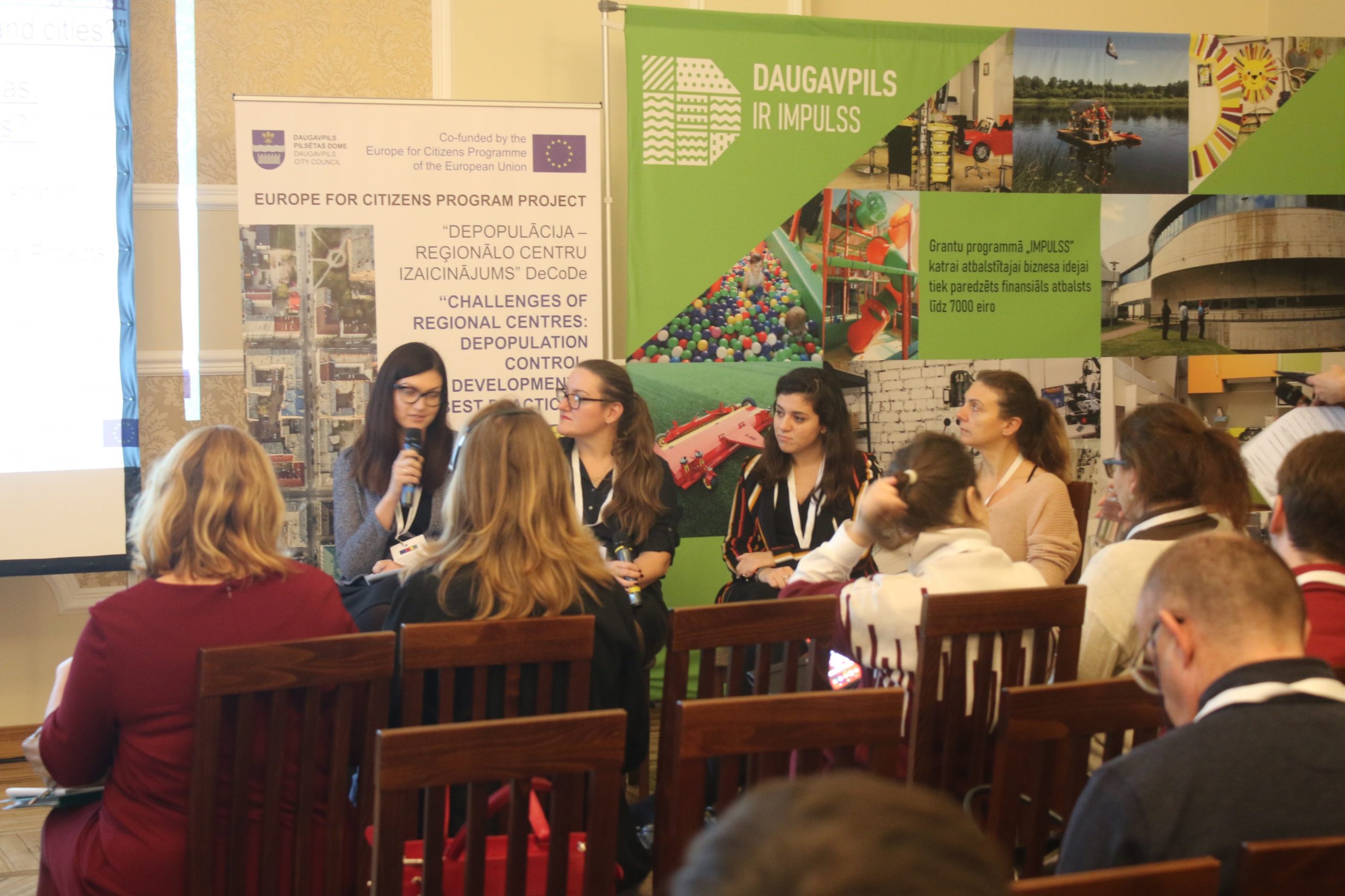