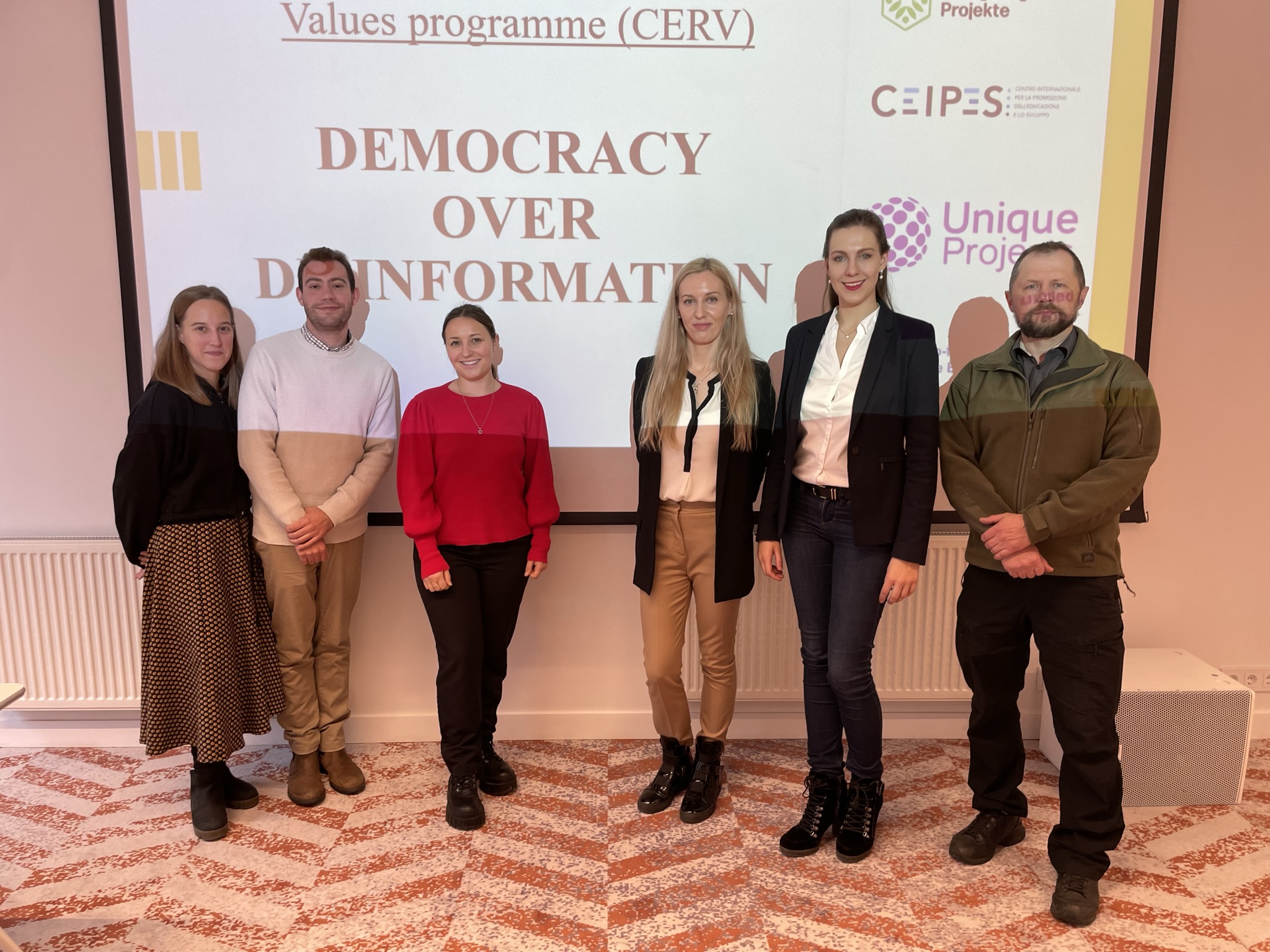 On 22nd November, the partners of the D.o.D (Democracy over Disinformation) project met for the first time in Kaunas, Lithuania.

The D.o.D. project seeks to explore what effects disinformation and other interferences have on democratic debate, and how to counter them by improving media literacy of citizens.

Project is created by 3 organizations from 3 European countries – Lithuania, Germany and Italy.

Among the various activities, four international conferences are planned with the active participation of local citizens who will try to make their own contribution to countering misinformation and curbing the phenomenon of fake news, which, especially in recent years, has often led to misunderstandings and major problems in various fields (society, politics, medicine, etc.). The first of these four conferences took place in Kaunas: the inhabitants of second largest Lithuanian city showed enthusiasm and, together with a group of journalists and experts from all over Europe, had the opportunity to discuss and learn about many issues on fake news that were by no means taken for granted.

The project also has total gender equality as its basic assumption: men, women and non-binary citizens will be able to express themselves freely and participate in democratic debate.

In the afternoon of the same day, the consortium partners also discussed about the next steps of the project from the perspective of implementation, dissemination and quality assurance.

The second conference will be held in early February in Palermo, Italy, and will be hosted by CEIPES!

For further developments, stay in touch!