All against media misinformation! 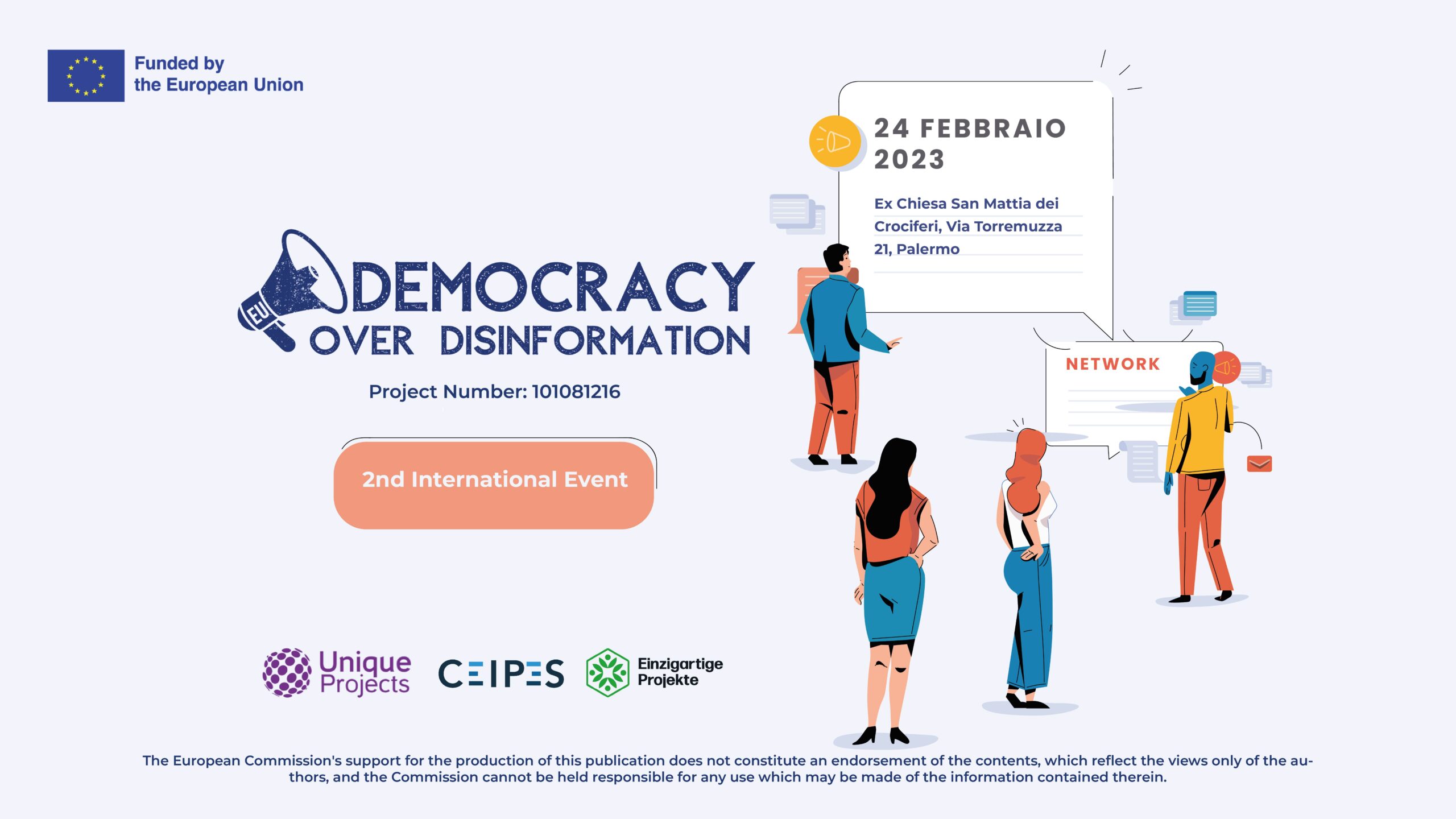 What is misinformation? How does it affect our lives? How can fake news completely transform our perception of reality? These are just some of the questions that the CERV project “D.o.D. – Democracy over disinformation” attempts to answer.

What is it about? The objective of the project “D.o.D.” is to increase awareness of the phenomenon of misinformation and fake news and the importance of media literacy, especially in relation to democratic debate. In addition, the project is committed to promoting cross-sectoral cooperation by involving municipalities, libraries, universities/schools/NGOs (youth), youth centres in the project and thus ensuring the project’s visibility and success. Finally, the project also aims to create a network between the countries of southern, western and eastern Europe to work together for the benefits of the EU and spread its values.

It will be an opportunity for all citizens to be able to enter into the heart of the democratic debate: there will be more than 70 people, including journalists, students and associations, to discuss together on the increasingly rampant phenomenon of fake news (online and beyond) and on what may be the necessary measures to avoid repercussions on our perception of reality.

The event will be held at the former church of San Mattia ai Crociferi and is open to anyone wishing to make their voice heard on this topic!

To know more, visit the CEIPES social media and partipate at the event.