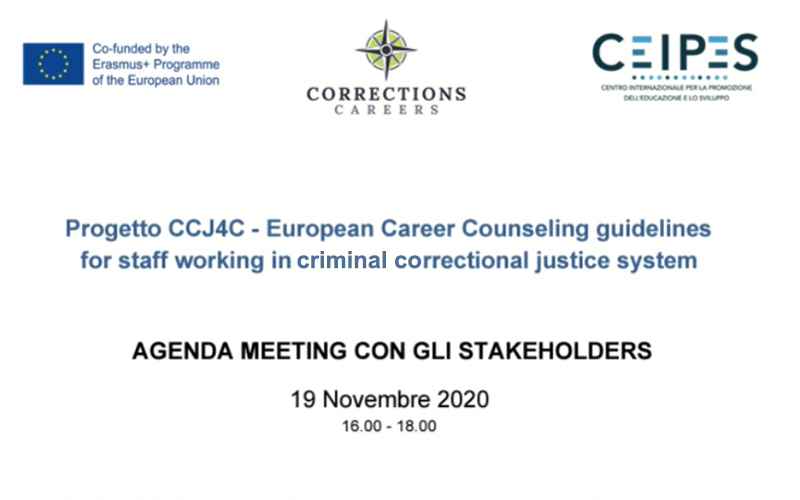 Last 19th November, CEIPES organised an online meeting with the stakeholders of the CCJ4C project, co-funded by the Erasmus Plus programme – action line 3 on policy reforms support. The meeting was scheduled as a local activity within the project, to which several personalities working for many years in the penitentiary sector over the national territory were invited.

The main purpose of the meeting was to create a local network with key actors in order to raise awareness of the CCJ4C project’s potential, as well as to start a collaboration aimed at collecting systemic and individual needs, by identifying the approach on professional guidance concerning prison staff.
There are two main lines of action within the project: to carry out a training for the penitentiary sector staff, which will be developed during the several project phases, focusing on the needs and skills required by this specific professional category; to support policy reforms in the penitentiary sector at European level, in order to improve working staff conditions.

The meeting was attended by representatives of the UIL trade union – the penitentiary police of several regions (Sicily, Campania, Tuscany, Piemonte and Valle d’Aosta) and the director of the Juvenile Criminal Institute of Palermo, with whom CEIPES has been cooperating for many years. After a preliminary round of presentations, the participants got to the heart of the meeting by developing a debate on the most critical aspects concerning prison officers’ work and their training.

The debate arose from the results of the questionnaires that had been handed out by CEIPES, in previous weeks, to several prison officers. The carried-out analysis was based on a total of about 250 answers, thanks to the “Pagliarelli” Prison House cooperation, whose director agreed to involve the institute in the project activities.

The questionnaires have been distributed to the stakeholders as a first activity of gathering and analysing of the penitentiary staff’s needs, whose main sections dealt with staff working conditions, training and counselling support to the staff.

During the meeting, different points of view, experiences and opinions were exchanged on how the prison officer’s role is deemed.

The meeting ended with participants’ willingness to arrange similar meetings on a regular basis, in order to further investigate the critical issues of the field and to provide all the necessary information to the partnership to better implement project activities, which will hopefully be used to enhance working conditions in this professional field. 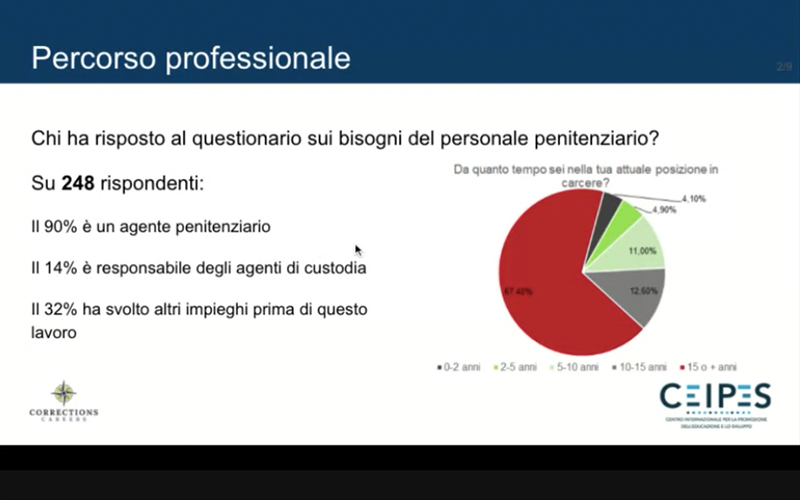 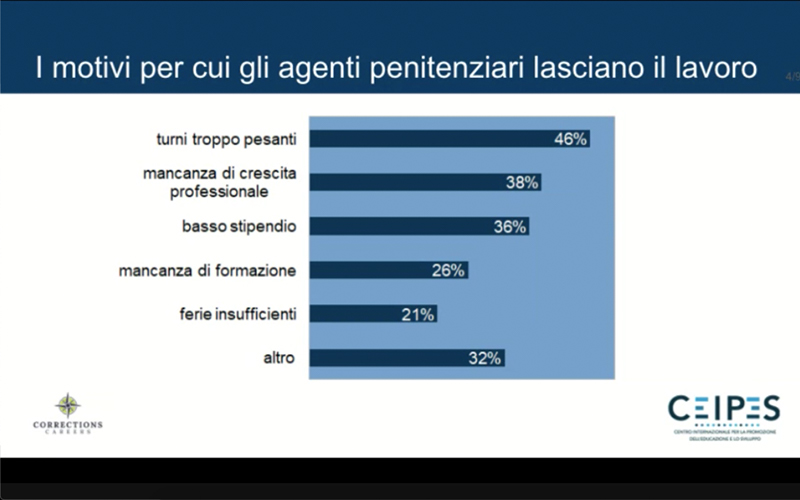