CEIPES, as the other partners organizations involved in the project ACT 4 INCLUSION – LIFE IN THEATRE, is proceeding with the testing phase of the second intellectual output: the boardgame.

The Boardgame aims to extend and to develop the educators’ competences using skills related with the use of social improvisation theatre. The idea is to increase the level of the quality in the pedagogical methods and to have a wider number of methodologies to be used with people with special needs (migrants, people with disabilities, elder people, etc.)

This game development mode, allows participants to be more involved while playing, facing other “pawns” on the board, encouraging the development of stage presence and body awareness.

The first part of the testing phase took place at CEIPES’ office, while the second occurred in Caltanissetta – a small city nearby Palermo, Sicily – on April 27th, hosted by the economic and technological technical institute “Mario Rapisardi”. The project managers had the possibility to test the “living version” of the boardgame and to involve foreign students and professors, from Spain and Hungary among other nationalities, that moved to Italy to continue their learning and teaching paths.

They were enthusiast to interact in a different context rather than the classroom dynamic, cooperating to hit the finish line and overcoming some obstacles such as the language gap among them.

From now on, we will focus on the testing phase of the activities directly related to improvisation theatre, developing workshops again involving migrant people. 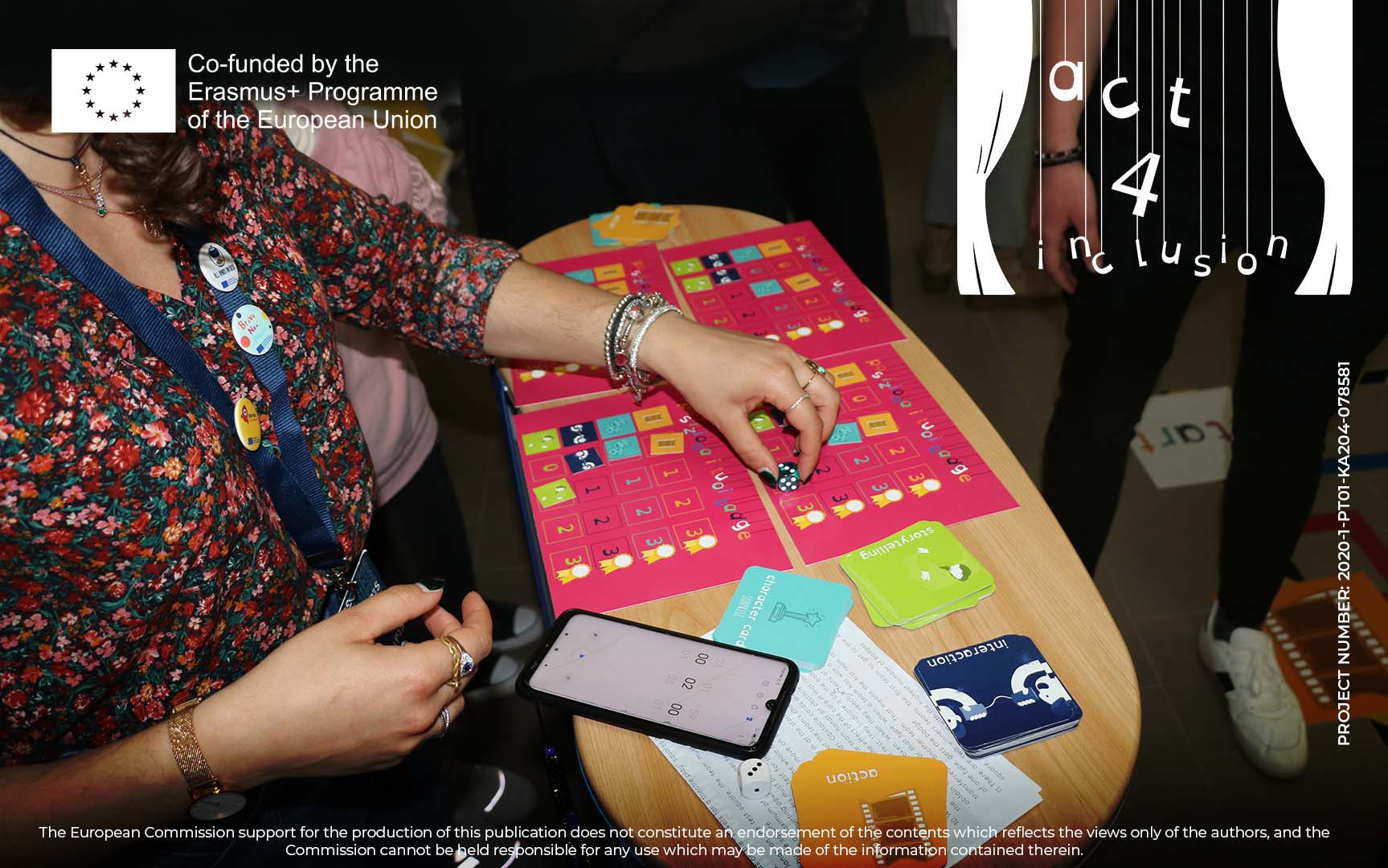